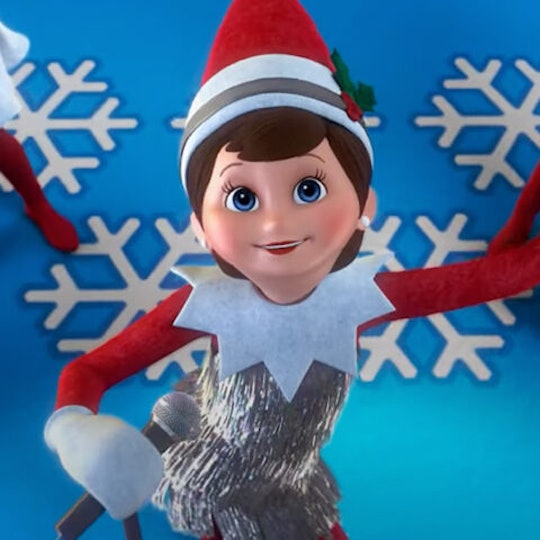 Elf on the shelf

Is It Too Late To Start Elf On The Shelf?

Nah. Here’s how to pull it off gracefully.

by Cat Bowen
Updated: Dec. 6, 2022
Originally Published: Dec. 2, 2019
We may receive a portion of sales if you purchase a product through a link in this article.

It's that time of year again: Everyone and their sister is posting pictures of the cute things their elves are doing. This year, you were going to win the elf battle, but now it's already a few days (okay, maybe weeks) into December and you forgot. Is it too late for Elf on the Shelf, or can you start now?

Let me put this kindly, but bluntly: It's a toy that you're pretending is a Christmas elf from the North Pole that comes alive at night like in the 1987 horror movie Mannequin. Sure, the "Elf Return Week" is supposed to cut off within the first couple of days of December, but really, it's not a big deal to start a little late. Also, the elf is supposed to be known for causing trouble and getting into all sorts of shenanigans, right? Who's to say that little Timbit — or whatever your elf's name is — didn't decide to sightsee on their way to your house? What if they’re just tardy?

There are all sorts of reasons I can come up with for why your elf got to your house late: Because the stupid box they were in was buried beneath a pile of abandoned fitted sheets you never use, because you're still scraping rotten pumpkins off the porch, because you shoved them in last year's wrapping paper tube and it somehow made its way to the recycling during Easter, etc.

The quick n’ easy way to start Elf on the Shelf late (or after the official Elf Return Week) is to simply prop Elfie one morning and print out an “official” Elf on the shelf late arrival letter. This one from Etsy can be immediately downloaded and printed for a cool $3.

But if you need another reason to tell the kids (although they'll probably never notice Jingles wasn't right on time), here are my suggestions:

No matter how you do it, the kids will love the whole thing. The experience is what's important — not when it starts.

More Like This
How To Celebrate Baby’s First Valentine’s Day, From Gifts To ’Fits
5 Superstitions About Babies Born On Valentine’s Day
A Parent’s Guide To Stomach Pain In Kids
15 Super Cute Valentine’s Day Pajamas
What Parents Are Talking About — Delivered Straight To Your Inbox

This article was originally published on Dec. 2, 2019