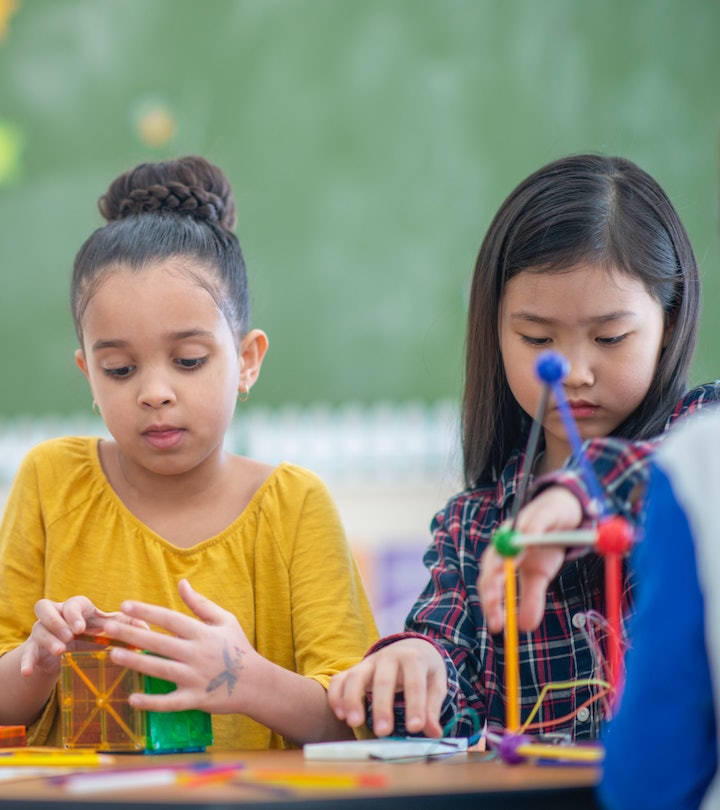 Everything Parents Need To Know About Alternative Schools

Not every kid thrives in a traditional learning environment, so an alternative school may be a better fit.

As I get closer and closer to having to register my oldest daughter for kindergarten, panic sets in because I am not confident that a traditional classroom is right for her. Because of this, I’ve done some deep internet dives trying to figure out exactly what is an alternative school and how one could benefit my kid. To my surprise, there are a lot of different models, and where one child may thrive another might not reach their potential. The entire concept is complex and, admittedly, a bit overwhelming.

What Is An Alternative School

Every state has its own formal definition of what an alternative school is, but at a basic level essentially any school that isn’t the standard public school your child is assigned to and has a constitutional right to attend could fall under the alternative category. That’s pretty broad though because it’s not as simple as either public or private school since there are plenty of alternative schools parents can send their kids to that are still within the public school system. The easiest way to look at it is that any school with a non-traditional curriculum is likely to be considered alternative.

It’s important to note that every alternative school, whether it’s private or public, still has some level of oversight and/or guidance to ensure students are getting a full education and meeting certain standards. How much or little oversight there is depends on the type of school (public or private), whether or not it gets federal funding, and which state it is in.

So what is a school with a non-traditional curriculum? There is no one definition for this because there are so many different types. It could be a school with guaranteed smaller class sizes, a curriculum that’s focused more heavily on one area, like STEAM (science, technology, engineering, art, and math), religion, or music, a totally different approach to teaching/learning, like student-led, or an online/onsite hybrid setup.

Some common examples alternative shools include:

There are a variety of reasons a parent or caregiver may want to send their child to an alternative school. Maybe their child is gifted in a certain subject, perhaps they don’t thrive in an environment where they are forced to sit still, or it’s possible that their child is a strong athlete or entertainer so they need a flexible setup that allows them to travel. Here are some reasons parents opt for alternative schools.

It’s no secret that the teacher-to-student ratio in public schools isn’t always ideal. For kids who need a bit more one-on-one support, this could set them up for failure. If that’s the case, a parent may opt to send them to an alternative school with a lower cap on class size.

If sitting still in a classroom with a tightly structured schedule isn’t ideal for a child, then an alternative school with a different teaching model or philosophy might be a better fit. For instance, teachers at Montessori schools serve as guides while giving the students space to learn at their own pace. Similarly, Waldorf schools focus on play-based learning and Reggio Emilia schools have a project-based style.

What is great about traditional education is that kids get to dabble in every subject and figure out what they enjoy. However, if they discover that they really enjoy art and want to foster that talent, it’s difficult to do because their school days are divided up across subjects, not based on what they like. Many magnet, charter, and private schools are set up so that students can still get a well-rounded education, but get to spend more time doing a certain subject they love. For instance, the Durham School of the Arts in North Carolina has a curriculum for students between 6th and 12th grade that allows them to focus on subjects like chorus, creative writing, video game art design, or film, while still meeting standards in math, science, and history.

Some alternative high schools partner with local colleges so that students can start earning credits early. There are also vocational alternative schools where students can learn the skills necessary for plumbing, electrical systems, or automotive maintenance so that by the time they graduate they are well on their way to possessing the skills necessary for them to enter the workforce.

Kids who are gifted, have a cognitive or learning disability, or struggle with behavior don’t always thrive in traditional schools because the model just isn’t set up to support them. In these cases, alternative schools are often a good option because they’re staffed with teachers and other professionals who are specifically trained to work with them.

The cost of sending a kid to an alternative school can range from free to more than $26,000 annually depending on where you live (the national average for private schooling is $11,599 a year). There are several factors that play into how much you ultimately end up spending, like if the school is public or private, if your child gets scholarships, and/or if your state offers vouchers.

Typically, magnet and charter schools are public so parents don’t have to pay extra to send their kids there (though, there could be additional costs for things like uniforms or transportation). However, they are often hard to get into so kids have to enter lotteries to try to get a spot.

Any school that does not fall under the public school umbrella is considered private, and will likely have tuition attached to it. Some of these schools offer sliding scales based on income or they might offer scholarships to certain students. If the private school receives any funding from the state or federal government, then parents may be able to reduce the cost with a private school voucher (though this program varies by state).

There is still a lot of good to be said about the traditional public school system where millions of kids grow academically every year. Every kid is different, though, so if the classic school model isn’t for them, then an alternative school may be just what they need to reach their potential.