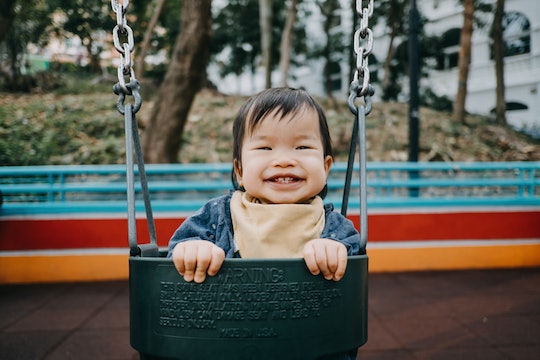 These Androgynous Baby Names Are Getting Super Popular

It’s thankfully much easier than it used to be to find gender neutral clothes and nursery decor beyond just standard yellow, and gender reveal parties seem to be losing popularity (and not just because they’ve caused multiple fires). If you’re thinking of raising your child in a gender neutral environment, you may want to consider an androgynous baby name.

Even if you love the idea of pink or blue clothes or bows and baseball hats, an androgynous baby name can bring peace of mind if you’re not finding out your baby’s sex. If you love one of the names on this list, it will work regardless of whether you have a boy or a girl, and you’ll go into your birth knowing your prepared.

These gender neutral names are a mix of common androgynous names you’ve heard before (like Alex and Cameron) as well as more unusual but interesting options, like Starling or Wynn. Celebrities are starting to go this route too: Nicole Kidman and Keith Urban have a daughter named Sunday, Blake Lively and Ryan Reynolds have a daughter named James, and Kate Hudson and Matthew Bellamy have a son named Bingham (Bing for short). Really, anything goes, (well maybe not Grimes and Elon Musk’s choice, X AE A-XII). Read on for some faves.

Maybe you want to pick a name but don’t know if you’re having a boy or girl, or may you just like the quiet strength of androgynous names. You can’t go wrong with the gender neutral names on this list.

This article was originally published on July 4, 2021