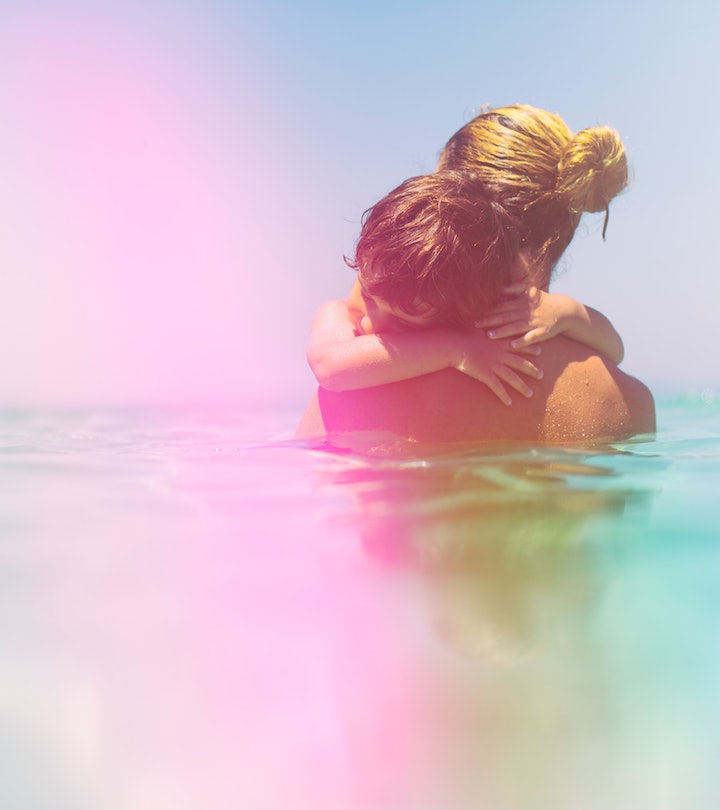 Evoking the sky, sea or simply your favorite hue, these “blue” names belong on your list.

If you love the expanse of a sparkling ocean or a crystal-clear blue sky, you know how special the color blue can be. While it can have darker associations too — like having “the blues” — it’s a color that has been inspiring to artists and poets as long people have been drawing or writing. There are lots of names with more traditional meanings, like names that mean “happy” or names that mean “wise.” Those are great qualities, but those names often tend to spike on the popularity charts. If you love the color blue, and are looking for a baby name that’s a bit out of the ordinary, why not look at a “blue name” for your new arrival? If you’re looking for inspiration for the perfect baby name, the color blue might just inspire you, too.

Names that mean blue, or have meanings connected to water or the sky, are often both beautiful and unusual or a bit exotic. You’ll see some familiar names on the “blue” list, like Skye or Indigo, but also some names that you might have never encountered before. But the cool thing about blue is that it’s a special color in nearly every country and culture, so there are names that can honor many different ancestries or languages. From the mythical parents of ancient Greece to modern-day Beyoncé, parents throughout history have felt inspired by looking at the beautiful blues of nature.

If you’re expecting a little boy to join the family and want to give him a name that means blue, or alludes to the color blue in a less direct way, consider these lovely blue names:

There are some girl names that just mean “blue” itself, and some others that evoke it through names that pay tribute to the sea and the sky, or through blue flowers or stones. There’s so much beautiful blue in nature, and many of these names call those natural wonders to mind.

Many blue names that work great no matter whether you have a little girl or a little boy. A few of the nice unisex baby name options include:

There are no shortage of baby names that mean “blue,” whether you literally want that to be the meaning of your baby’s name, or simply want to evoke this soothing hue.

More Like This
37 Summer-Inspired Names For Your Totally Laid-Back Baby Boy
40 Fantastical Boy Names That Start With “F”
40 Lovely, Lively, Lavish Girls Names That Begin With “L”
21 Impossibly Cute Baby Girl Names that Start with the Letter “I”