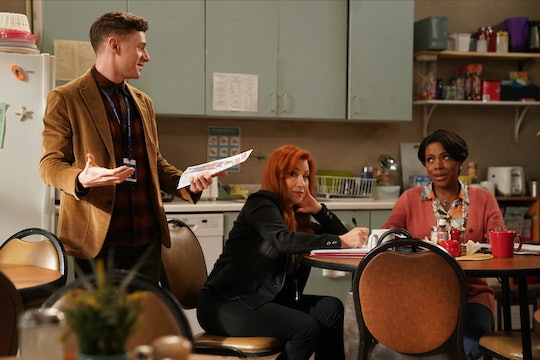 Fans of Abbott Elementary are probably well aware that creator Quinta Brunson pulled from her own life as the daughter of a teacher to write the award-winning series. Brunson has spoken about this particular inspiration and what it meant to her to watch her mother as an educator on multiple occasions. But apparently her mother isn’t the only person inspiring pivotal scenes in the series. According to cast members, Brunson is pulling from their lives as well. And one particularly popular scene featuring Emmy award-winning Sheryl Lee Ralph came from Ralph herself. A celebrity who does not always know the names of celebrities.

During an interview on The Kelly Clarkson Show, Brunson was joined by Ralph (Barbara Howard) and Lisa Ann Walter (Melissa Schemmenti). During the sit-down, Clarkson asked the stars about a previous claim from Tyler James Williams (Gregory Eddie), who told her that Brunson was dipping into his life for the series. Brunson protested, saying Williams was half right and half wrong.

“Tyler happens to be similar to Gregory,” Brunson explained. “He has his paths, he has his way he sees things, and he has his way he likes things done.” When it comes to Ralph, however, she “is completely right” that scenes she wrote were lifted from real life. Specifically, when it came to Ralph’s apparent struggle to recognize celebrity names.

She certainly did, and Brunson couldn’t help using this hilarious moment for a cold open in Season 2 of Abbott Elementary that has since gone viral.

In the Episode 3 scene, the ever-perfect teacher Barbara Howard in the teacher’s lounge, where her fellow teachers are discussing the possibility of a Black Spider-Man and she puts her hat in the ring for “that Brian Austen Green. I’m so proud of that young man and all of his success.” When Gregory is about to correct her, Janine stops him, telling the camera, “so there are a bunch of white celebrities who Barbara thinks are Black. Like Brian Austen Green would be Brian Tyree Henry.”

Other celebrities she confuses? “I see you little Carrie Underwood,” she says to a young Black girl in her class, thinking of Kerry Washington. She wants to go home to listen to “Millie Bobby Brown,” thinking of Bobby Brown. She also believes that “no one has done more for Black actors than Tommy Lee Jones,” meaning legendary Black actor James Earl Jones.

Considering this is perhaps one of the funniest scenes in Abbott Elementary, we are all so grateful that Brunson did pull from Ralph’s life. Besides, she doesn’t seem genuinely bothered so I’m sure it’s all good.