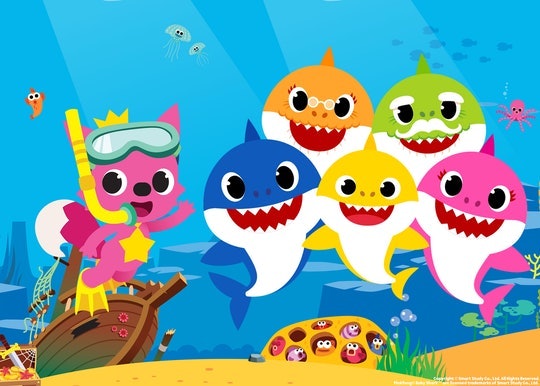 A Full-Length Baby Shark Movie Is Coming Out In 2023. Yes, Really.

The Baby Shark movie premieres in 2023

The Baby Shark movie, co-produced by Nickelodeon Animation and The Pinkfong Company, does not have an exact premiere date, but it’s slated to be released sometime in 2023.

Other children’s entertainment releases for next year include a new CG-animated series of Dora The Explorer. You can also look forward to an animation/live-action hybrid Blue’s Clues movie called Blue’s Clues & You!, which will be released later this year. Also set for Paramount+ in 2023 is Transformers: Earthspark series and three new movies based on the SpongeBob Squarepants characters.

“As we’ve known with Nickelodeon’s long-standing success, the kids and family audience is incredibly loyal, and we see that on Paramount+ as well, with kids and family ranking as one of the strongest genres on the service in terms of both engagement and subscriber acquisition,” Robbins said in a press release. “So, as they stay for our shows and look for even more of them, we’re doubling down on giving them what they want by expanding the universes of the characters they love the best.”

You can stream the Baby Shark movie

When the full-length movie premieres next year, it’ll be available to stream on Paramount+. In addition to all the new releases coming to Paramount+, the streaming platform already hosts a ton of kid-friendly movies and TV shows, like PAW Patrol, The Fairly OddParents, and The Backyardigans.

The “Baby Shark Dance” music video recently hit an all-time YouTube record, according to Guinness World Records. The video, which was first released on the platform in 2016, has over 10.6 billion views, making it the most-viewed clip in YouTube history.

In fact, a second season for Baby Shark’s Big Show! the animated preschool series co-produced with Nickelodeon Animation Studio and SmartStudio, is already in the works, according to The Hollywood Reporter. What’s more, there’s also a sequel in development to the addictive Netflix sing-a-along, Pinkfong and Baby Shark’s Space Adventure, Animation Magazine reports. In the meantime, kids can watch Baby Shark’s Big Show on Noggin and Nick Jr.

Needless to say, the wave of Baby Sharks is not leaving us anytime soon. Doo-doo-doo doo-doo-doo....