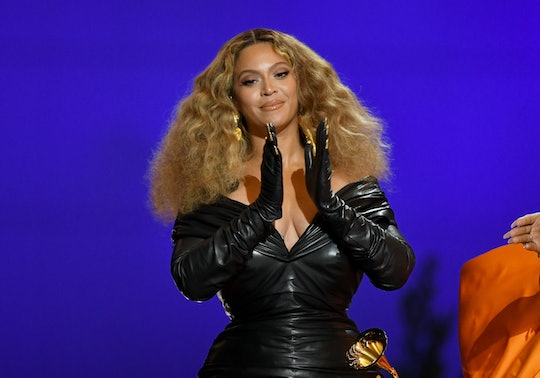 Beyoncé Reveals One Of Her “Most Satisfying Moments As A Mom”

Turns out, Blue Ivy also enjoys some “me time” in the tub.

Over the years, Beyoncé has had plenty of priceless, proud moments as a mother. Like when she and Jay-Z’s oldest daughter, Blue Ivy, became the second-youngest Grammy winner in history. But one of the “most satisfying”? That would be she saw her daughter indulge in her own self-care.

“One of my most satisfying moments as a mom is when I found Blue one day soaking in the bath with her eyes closed,” Beyoncé shared in a new interview with Harper’s Bazaar. The global superstar added that her 9-year-old was “using blends I created, and taking time for herself to decompress and be at peace.”

Fellow Beyhivers may remember a scene from an Ivy Park promo of Bey relaxing in the tub and Blue popping her head in. Perhaps the little girl was inspired to establish her zen? Nonetheless, in her interview with Harper’s Bazaar, Beyoncé shared that she’s “found healing properties in honey that benefit me and my children.” In fact, she’s building a hemp and honey farm; the singer previously revealed her family has their own beehive in a 2020 Vogue interview.

The Black Is King artist and philanthropist graced the publication for its September “Icon Issue” titled The Once & Future Beyoncé. The spread commemorates the artist’s evolution from her childhood to the present as she prepares to celebrate her 40th birthday on Sept. 4. “I have worked to lift my people up, to change perceptions so my kids could live in a world where they are seen, celebrated, and valued,” Beyoncé, who started created the nonprofit BEYGOOD, told the magazine.

Whether it’s at home or out in the world, fostering a safe and happy environment for her children has always been a priority for Beyoncé. “I just want to make sure that she can have a healthy, safe, normal life … in the back of my mind, she’s my priority,” Beyoncé said in a 2013 interview with ABC of her daughter Blue, who was her only child at the time.

Now, as a mother of three — to Blue and twins Rumi and Sir — Beyoncé is ready to soak up more time with her family. “My wish is for my 40s to be fun and full of freedom,” she told Harper’s Bazaar. “I want to feel the same freedom I feel on stage every day of my life. I want to explore aspects of myself I haven’t had time to discover and to enjoy my husband and my children.”