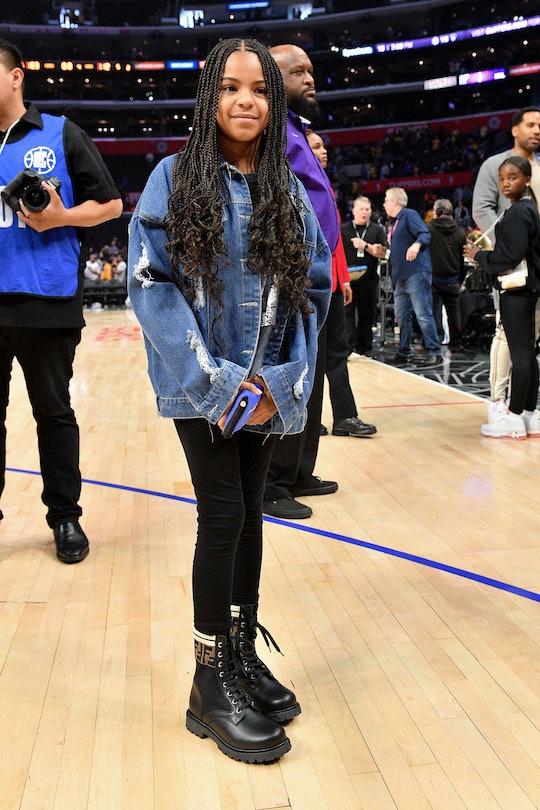 From their music, fashion, philanthropy, and more, Beyoncé and JAY-Z have proven to be quite unstoppable. And that quality certainly extends to their oldest daughter Blue Ivy, who will narrate Matthew Cherry's Hair Love in an audiobook, adding another accomplishment to the 8-year-old's already impressive resumé.

Blue Ivy Carter laid her vocals down for Matthew Cherry's new audiobook Hair Love, which is based on the former NFL-turned writer's Oscar-winning short film about an African American father who learns how to style his Black daughter's natural hair. The short film started as an underfunded Kickstarter campaign in 2017 and went on to win an Academy Award for best animated short film in February 2020. The audio version of Hair Love is available now on Audible.com and Amazon Kindle. You'll also want to keep your eyes peeled for a 12-episode series based on the Hair Love short film coming to HBO Max.

News that Blue Ivy lent her voice to this heartwarming story was music to many fans' ears, including actress Gabrielle Union. "This is the gift that just keeps on giving," Union tweeted on Monday. "Being able to hear Blue Ivy give voice to this masterful story is so awesome. They try to bury us, not knowing we are seeds of strength and beauty. LOVE!"

Of course, Blue Ivy's voice is already award-winning. In June 2020, she won her first NAACP Image Award for her contribution to her mother's #blackgirlmagic anthem, "Brown Skin Girl" from Beyoncé’s 2019 album The Lion King: The Gift. Most recently, Beyoncé's protege temporarily stole the spotlight again from her mother when she made two cameos in a new promo video for Ivy Park.

In a recent interview with Vogue, Beyoncé, who is also the mother of twins Sir and Rumi, shared how her daughter reacts to everything she does and how she's been taking in the world around her lately. "Blue is very smart, and she is aware that there is a shift, but it is my job as a parent to do my best to keep her world as positive and safe as can be for an 8-year-old,” Beyoncé told Vogue. "... Blue saw some of the reactions to the 'Brown Skin Girl' video, as well as some of the videos from the philanthropic work I’ve done this year. When I tell her I’m proud of her, she tells me that she’s proud of me and that I’m doing a good job. It’s teeeeeew much sweetness. She melts my heart. I believe the best way to teach them is to be the example.”

Mama Bey has note spoken publicly yet about her daughter's latest accomplishment, but there's no doubt she beaming with pride right now.