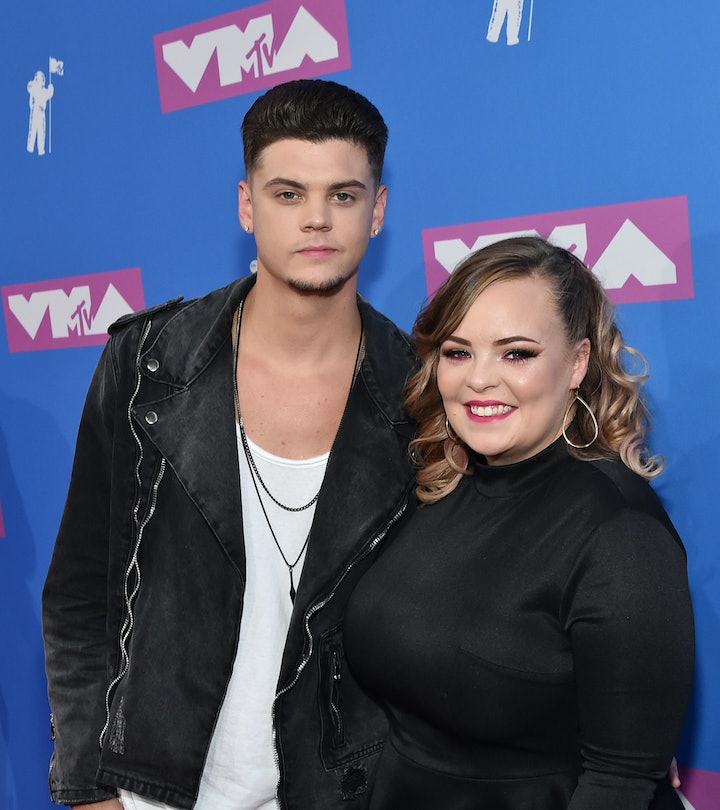 "The rainbow was worth the storm."

With some adorable help from her daughters in a sweet post on Instagram, Teen Mom OG's Catelynn Lowell announced she's pregnant with another child with her husband Tyler Baltierra after suffering a miscarriage last year.

While wearing shirts that read "My parents did not practice social distancing," the couple's two daughters — 6-year-old Novalee Reign and 2-year-old Vaeda Luma — announced that Lowell is currently 13 weeks pregnant with a rainbow baby. "The rainbow after the storm," Lowell captioned the post.

After suffering her second miscarriage this past Thanksgiving, the Teen Mom OG star had been open about wanting just "one more baby." "I was definitely surprised that we got pregnant so fast with this baby!" Lowell told Celebuzz. "But we are so excited."

Baltierra was just as surprised to hear the news. She told Celebuzz she had to hand him her pregnancy test (which she shared a photo of to Instagram on Monday) so he would believe her. The couple welcomed their first daughter, Carly, in a 2009 episode of MTV's 16 & Pregnant, which documented their journey to placing her for adoption.

Since Lowell is around 13 weeks pregnant, this means that she will likely be due around the end of August or early September. Clearly, her daughters are super excited about becoming big sisters.

You can tune in to Teen Mom OG to keep up with their family and watch as they announced their very exciting news on camera (yes, Lowell confirmed that MTV was able to capture it all). Teen Mom OG airs on MTV on Tuesdays at 8 p.m. EST.