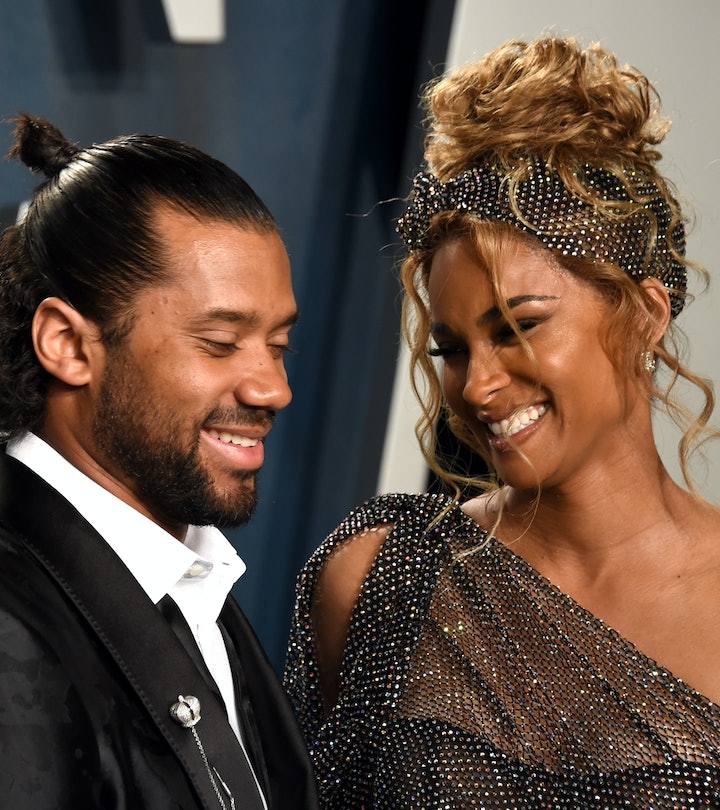 “It's the sweetest thing.”

There’s no denying that Ciara loves her hubby, Russell Wilson. From candle-lit birthday dinners to romantic Italian getaways, the all-star NFL quarterback is a true Romeo. But what really makes her heart thump? “I just love how he always thinks of us,” Ciara tells Romper about Wilson’s devotion as a father and to their family.

“He doesn't do one thing or coordinate one thing without thinking of us as a family and our babies,” the “Level Up” singer shares. “And he always wants to make sure that it's right for them.”

As a family man, Ciara says Wilson finds joy in engaging with the kids and their daily activities, whether it's ballet with Sienna or baseball practice with Future. “I just love seeing him like do it all,” Ciara shares, “because he really can do it all.”

It’s also his presence of being home and being around that makes it all the better to the mom of three. “Just Russ being in his zone,” Ciara says. “Literally coming home every day with all the love to give to us, and our babies. It's the sweetest thing.”

Ciara and Wilson met in 2015 and tied the knot the following year. Over the years, the couple has accomplished many entrepreneurial and philanthropical feats, including joining the ownership team of Major League Soccer's Seattle Sounders FC, launching a nonprofit and a charter school called Why Not You Foundation, and writing a children’s book.

As parents, Ciara tells Romper she and Wilson are hoping to teach their kids values about stability, leading with love, and humbleness. “I hope that our kids will be focused, but be humble in the midst of all the blessings that they get to receive in life,” she says. “I think that's important for us.”

And those lessons of humbleness start at home with daily chores, like making up the bed and washing the dishes. What’s more, Ciara happily reports that the kids love their daily duties. “They love doing their chores, which is really cute,” Ciara says. “It's really sweet, and they get to be a big kid in those moments.”