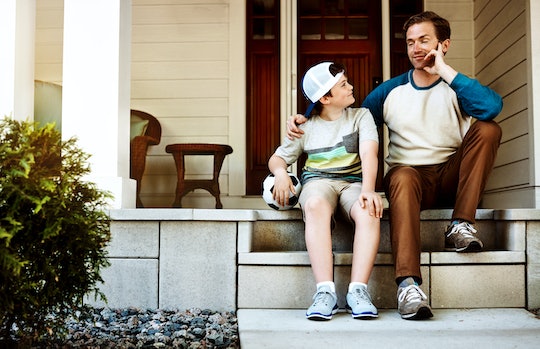 Get Your Cheesy Grin On With These Dad Joke Memes

Oh, dad jokes. They’re so bad they’re good. Punny and obvious, science has yet to uncover why exactly it is that fathers can’t get enough of them. But even if you instinctively roll your eyes at a dad joke punchline, you have to appreciate the enduring nature of this genre of humor, and the light-hearted delivery from pops generally just looking to get a smile out of their brood. Turn the tables on dear old dad by showing him these dad joke memes.

What’s the dad joke formula? Play on words + cheesy zinger = comedy gold. Sounds easy, but it takes an inherent nerdiness to master true dad joke expert status. The best of the practitioners tend to pair their dad jokes with a heavy dose of smirking and the classic “Get it?” at the end.

Whether mocking the actual act of telling a dad joke or just teasing the daddios who make wordplay their business, these memes will give pa a laugh and flip the script on his ownership of the dad joke empire. Two can play at this game. You can duke it out for dad joke supremacy. Here’s a head start, ask your dad, “If two vegans get in a fight, is it still considered a beef?”