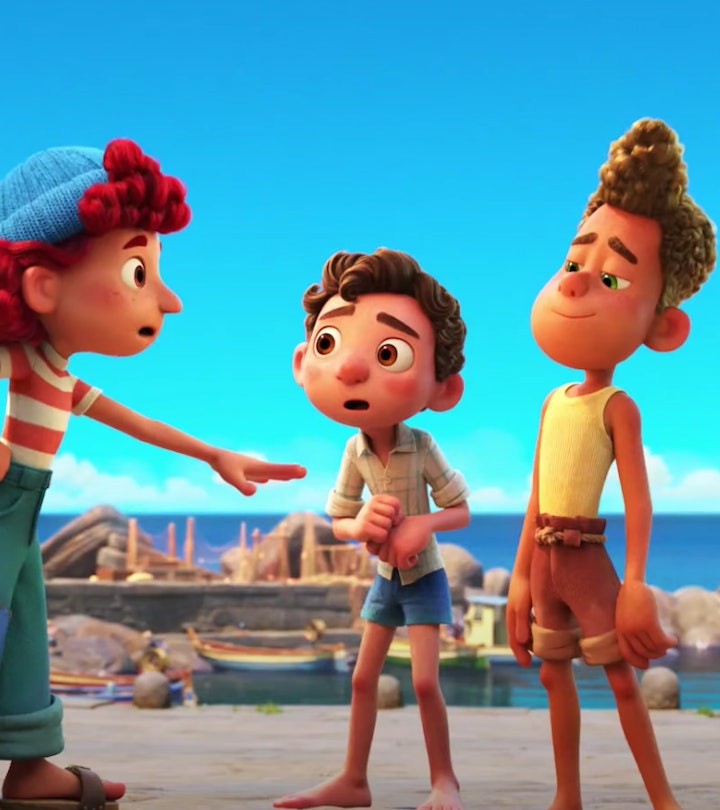 "This is gonna be the best summer ever."

If you find yourself dreaming of warm, sunny weather and traveling to a seaside town in the Mediterranean, you’re not alone. Pixar's movie Luca has that affect on people. Between the setting and the story of a misfit finding his tribe and the music, no wonder Luca has been nominated for an Academy Award for Best Animated Feature Film. Who doesn’t want to live inside the world of Luca, as a sea monster or otherwise?

In Luca, a young boy experiences an unforgettable summer in a seaside town on the Italian Riviera and, let's just say, the scenery looks pretty beautiful, even if it is animated. As the boy, Luca, spends more time with his new best friend Alberto, their fun is threatened by a big secret. "They are sea monsters from another world just below the water’s surface," as Pixar explains.

Leave it to Pixar to come up with yet another touching and inventive film for the whole family to enjoy. If this sounds like your idea of a fantastic movie, here's everything you need to know.

It wasn’t just kids and the people who love them who adored the movie Luca, the Academy loved it too. So much so that Luca was nominated for Best Animated Feature Filmfor the 2022 Oscars.

How Can I Watch Luca?

Luca skipped theaters and went straight to Disney's streaming service, Disney+. Like Pixar’s Soul, you won’t have to pay extra to watch the film as it will be included with the cost of your subscription.

The First Official Trailer Was Amazing

Disney and Pixar released the first official long form trailer for Luca on April 28, 2021, and it was incredible.

The colorful trailer shows Luca and his friend Bruno’s transformation from sea monsters to humans, and enjoying all of the wonderful things that human life has to offer. Together, the two boys go vespa riding, make a new friend named Julia, and learn how to navigate life as secret sea monsters. “There’s a million things you think you can’t do,” Julia says in the trailer. “All you need is a chance to try.”

The original teaser trailer, released on Feb. 24, also gives a glimpse at the film’s gorgeous setting.

There Is A Fantastical Element To The Film

The trailer gives viewers just a glimpse at how the boys look once they're transformed into sea monsters. The film's director, Enrico Casarosa, who mixed elements of his own childhood into the film, elaborated on this "twist" to Collider.

"We do have sea monsters that kind of developed almost a defensive way of hiding in plain sight, so that when they're dry, when they're out in the open, they can look like humans but they're not truly humans, and water will bring it back, so it will truly show [them]," Casarosa said. "And we have this fun, dangerous tension of, 'if you get splashed with water, you're in trouble' and that's how the transformation works."

Although the gorgeous setting and fun elements play a role in the film, Luca will also focus on the beauty and importance of friendship. "Childhood friendships often set the course of who we want to become, and it is those bonds that are at the heart of our story in Luca," Cararosa said in a press release. "So in addition to the beauty and charm of the Italian seaside, our film will feature an unforgettable summer that will fundamentally change Luca."

That unforgettable summer did fundamentally change Luca; just as he and his friends changed us. Now let’s see how he does at the Oscars.

More Like This
'Hocus Pocus 2' Officially Has A Release Date To Look Forward To
Lyle, Lyle, Crocodile Is Heading To The Big Screen As A Musical Comedy
20 Of The Best Movies To Watch This 4th Of July
20 Family-Friendly Movies To Watch With Your Kids On The 4th Of July

This article was originally published on Feb. 25, 2021