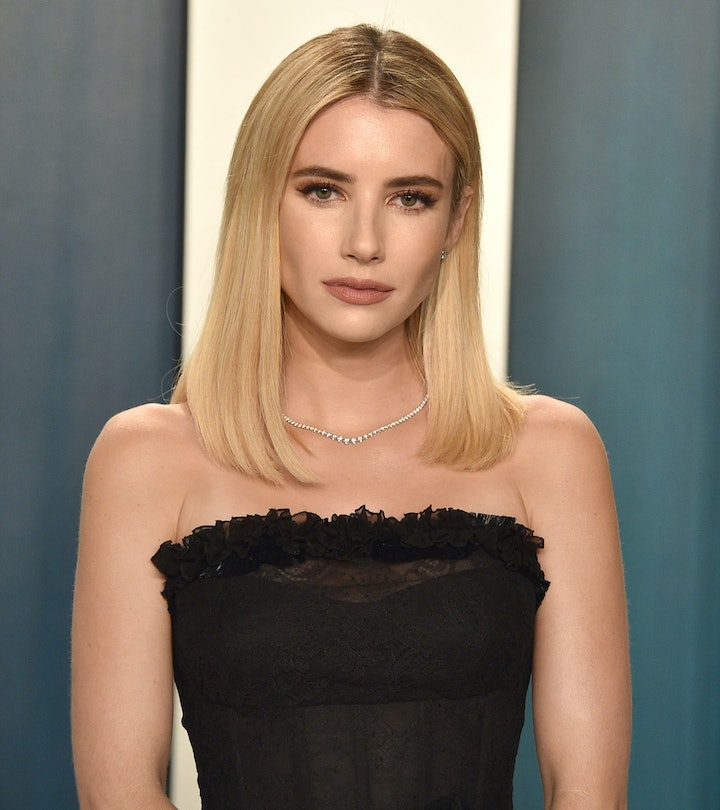 This Is The Mothering Advice Emma Roberts Wishes She'd Been Given

It’s the simplest advice that means the most.

In a recent interview with her Scream Queens co-star Jamie Lee Curtis for Violet Grey, Emma Roberts shared motherhood advice she wishes she had known before giving birth. The new mom welcomed baby boy Rhodes with boyfriend Garrett Hedlund last December, and now that she’s had a few months to settle into her new role as Mom she’s opening up about what she has learned.

Roberts was asked 16 questions by Curtis for the publication, one of which was focused on motherhood. Curtis, who is mom to two adult children with husband Christopher Guest herself, asked the new mom, “what do you wish someone had told you about motherhood?”

Motherhood is different for everyone and moms all come to it their own way with their own specific set of expectations and skills. For Roberts, she appears to be pretty grounded in what she wished she had known about motherhood: “It’s not something you’ll always feel like you’re getting right, but you will get better every day. When in doubt, just love your child and yourself.”

Considering the Holidate actress has only been a mom for a few months, it’s seriously impressive that she has already managed to trust herself. Whether she wishes she knew ahead of time or not.

Roberts has been cautious about sharing too many photos of her baby boy since she gave birth in December and was even careful about sharing her pregnancy news beforehand. Even after her mom, Kelly Cunningham, accidentally revealed the news on social media before she was ready. At the time, Roberts blocked her mom for spilling the beans. Now that she’s a mom herself, however, she has a newfound admiration for her own mother. As she told Curtis in that same interview when asked who she most admired, she answered, “My mom, especially after having a baby. I kiss the ground she walks on!”

Motherhood has one heck of a steep learning curve. No matter how much you think you know, you might not know as much as you think. But Emma Roberts seems like she’s off to a great start with baby boy Rhodes. As she told Jamie Lee Curtis, she’s already learned to “just love your child and yourself.”

At the end of the day, what else is there?