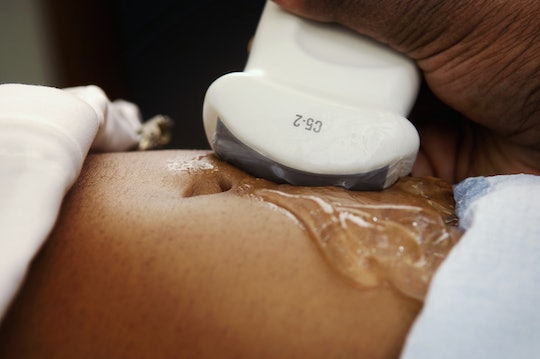 Residents in Georgia can claim $3,000 on their taxes for a fetus.

The Georgia Department of Revenue announced on Monday that residents of the state will be able to count a fetus on tax returns. The new tax ruling was created in response to the Supreme Court’s June 24th decision to overturn Roe v. Wade, reversing the constitutional right to abortion that Americans had for nearly half a century. Now, the state announced a controversial decision to offer dependent status to embryos from six weeks gestation onward.

House Bill 481, the Living Infants and Fairness Equality (LIFE) Act “will recognize any unborn child with a detectable human heartbeat as eligible for the Georgia individual income tax dependent exemption,” the state guidance reads. Any person in the state of Georgia who is at least six weeks pregnant as of July 20, 2022 through Dec. 31, 2022 can claim their dependent exemption for the fetus in the amount of $3,000. It feels important to note that most pregnant people don’t even realize they are expecting when they are six weeks along, and yet they can now claim their fetus as a dependent.

Georgia initially passed a restrictive abortion law back in 2019, but federal law protected this from going into place until June 2022 when Roe v. Wade was overturned. Many states across the country had so-called “trigger laws” in place that allowed them to ban abortion access as soon as the Supreme Court did away with important federal protections. Now the state of Georgia is claiming embryos are dependents, and it’s a move some are criticizing as suspicious if not dangerous.

“It sounds appealing on paper, but claiming an embryo/fetus will result in the regulation and tracking of pregnant people and the establishment of legal protections before birth that could hurt the mother,” Dr. Cindy Banyai, a Democratic nominee for Congress in Florida, responded on Twitter.

Lauren Groh-Wargo, campaign manager for Stacey Abrams, questioned the new tax exemption, particularly as it pertains to a possible miscarriage. “So what happens when you claim your fetus as a dependent and then miscarry later in the pregnancy, you get investigated both for tax fraud and an illegal abortion?”

Georgia’s decision to introduce a tax exemption for a fetus as a dependent does not appear to take into account all of the complex issues pregnant people can experience, whether miscarriage or ectopic pregnancy or even stillbirths.

More Like This
A Teen Was Body-Shamed By Matt Gaetz. She Raised Over $700,000 For Abortion Funds.
Pregnant Chrissy Teigen Cracked A Joke About Trump As She Shared A New Ultrasound Photo
Breonna Taylor's Mom Spoke Out About The Four Officers Arrested In Her Daughter’s Death
Dr. Jill Biden Just Delivered Some Frank, But Powerful, Advice On Motherhood