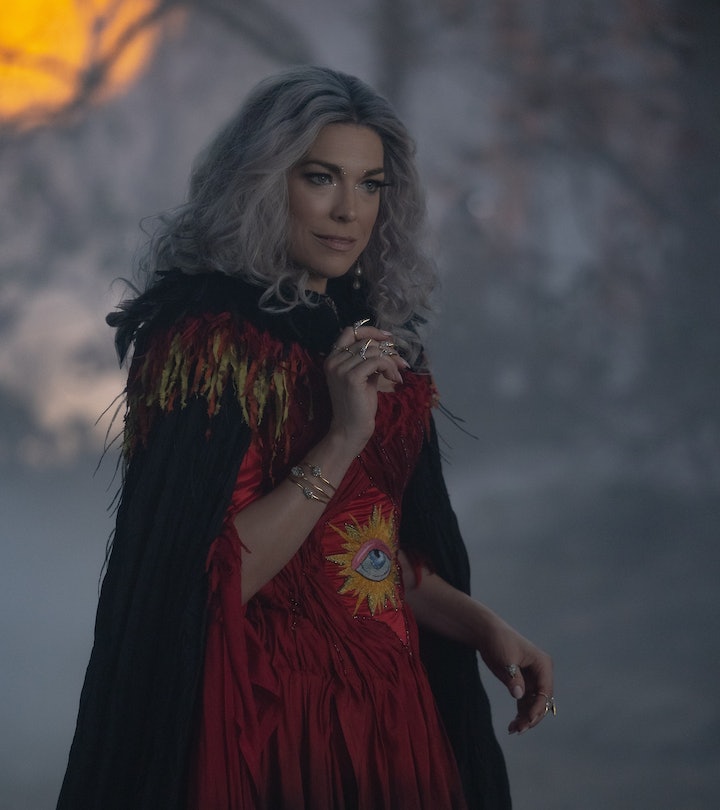 “I did it for my daughter.”

Life has changed for Hannah Waddingham since she first started her acting career. Not only is she more accomplished and well known, thanks in no small part to her Emmy award-winning role as Rebecca Welton in Ted Lasso, but she’s also a mom. And being a mom is really affecting the way she chooses her roles, or at least one role. Her role in Hocus Pocus 2, for instance.

Waddingham recently sat down for an in-depth interview with The Zoe Report while rushing home to spend time with her 8-year-old daughter Kitty, who she hadn’t seen in several days while working. “The joys of motherhood,” she called it, and certainly many working moms would relate to that feeling of trying to balance motherhood and career.

One of those balancing acts was done rather in service to her daughter Kitty. Waddingham landed a role as Mother Witch in Hocus Pocus 2 who helps inspire the Sanderson Sisters on their path to becoming witches themselves. “I do keep warning people that I am so very much blink-and-you’ll-miss-me,” Waddingham explained of her small-yet-pivotal role.

Regardless of the length of her screen time, Waddingham had one important reason for taking on her role in Hocus Pocus 2. “I did it for my daughter, who is obsessed with the original,” she told The Zoe Report.

When you think of Waddingham’s other iconic roles, as Welton in Ted Lasso and famously as the shaming Septa Uenella on Game of Thrones, Hocus Pocus 2 would really be the first role her 8-year-old daughter could conceivably enjoy. No wonder Waddingham said yes to a role that would bring her daughter such joy.

That being said, young Kitty is no stranger to being on set while her mother is working. Waddingham brought her as a baby when she was working on Partners In Crime in 2014 and could well have visited the Ted Lasso set as well since filming happened just 30 minutes away from their family home in London.

While the set of Hocus Pocus 2 was clearly slightly further away, let’s hope young Kitty got a chance to see her mom in action as a Salem-era witch. With any luck she may even have met the Sanderson Sisters themselves. How exciting would that be?