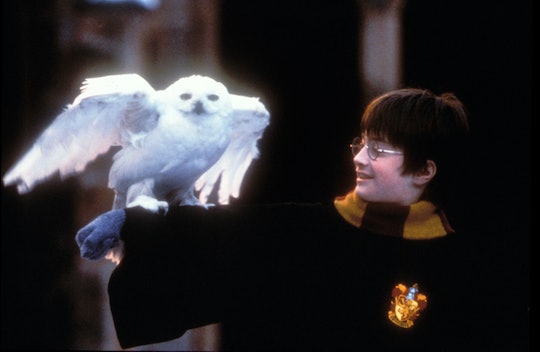 Starting Sept. 1, “The Boy Who Lived” and his friends will be on HBO Max!

Some brilliant news fresh off the Daily Prophet! All of the Harry Potter movies will be available to stream in one handy place when they movie to HBO Max in September.

Originally, HBO was the home of the Harry Potter movies when HBO Max launched last May. But after three months, the rights were sold to NBC. Last October, WarnerMedia reclaimed those rights, which allowed the movies to come back to HBO Max. (Don’t have HBO Max? Subscriptions will run you $14.99 a month.)

The classic movies are based on J.K. Rowling’s best-selling novels and starred Daniel Radcliffe (Harry Potter); Rupert Grint (Ron Weasley) and Emma Watson (Hermoine Granger). Each film was a blockbuster hit, grossing $7.7 billion worldwide at the box office between 2001 to 2011, according to TIME. The series left a bittersweet, nostalgic feel for fans when the Deathly Hallows sequels premiered in 2010 and 2011, signaling the end of an epic, magical era.

But fans can relive the magic and get sorted into their individual houses at attractions such as The Wizarding World of Harry Potter at Universal Studios in Orlando, which opened in 2010. There’s also the epic Harry Potter store in New York City. And let’s not forget the fun Halloween costumes and social media memes. Oh, and Harry Potter just had a birthday on July 31, by the way.

Over the years, there were talks about turning Harry Potter and the Cursed Child into the next big-screen production. The play written by Jack Thorne and based on Rowling’s book is currently on broadway. But in 2016, both Rowling and Warner Bros. shut down that rumor and said there would be no film adaptation.

However, the stars remain optimistic about it. Ahead of its 20th anniversary (Sororcer’s Stone debuted on Nov. 14, 2001), Tom Felton, who played Draco Malfoy, told People in June, that he would return to play his character. “If you're asking me will I dye my hair blonde again to be Draco, abso-bloody-lutely. Either [him or Lucius]. I'll play Draco's kid if you really want,” Felton, now 33, told the magazine. “Any chance to be a Malfoy again would be greatly accepted.”

In meantime, head over to HBO Max to get your Harry Potter fix.