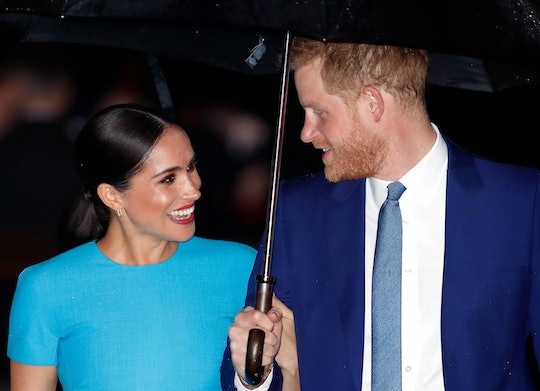 Lilibet “Lili” Diana Mountbatten-Windsor already has her own TV special!

Prince Harry and Meghan Markle are officially parents to a baby girl! The Duke and Duchess of Sussex welcomed Lilibet “Lili” Diana Mountbatten-Windsor on Friday in California. It’s arguably the best royal news since the couple tied the knot in an epic wedding ceremony back in May 2018 and welcomed their son, Archie Harrison Mountbatten-Windsor, one year later. To celebrate her arrival, ABC New is teaming up with Hulu for a special called The American Royal Baby, which will break down the latest details of the newborn and her parents.

What Is The American Royal Baby Special About?

All things baby and royal, of course! The hour-long special will be hosted by Deborah Roberts, along with ABC News Los Angeles Correspondent, Kaylee Hartung, and London correspondents, Kaylee Hartung and Maggi Rulli, and others.

The program is expected to dive into the life ahead for the “first American-born royal baby,” including how she will fit into her extended royal family. Plus how Harry and Meghan are working to provide their children a “stable life” in California.

Lilibet is 8th in line to the throne, behind her big brother, Archie. Her grandfather, Prince Charles; her uncle Prince William and her cousins, Prince George, Princess Charlotte, and Prince Louis, and her father, Prince Harry, remain the top sixth in line.

The program will also reflect on the legacy of her grandmother, Princess Diana, and its impact on her grandchildren. Lilibet is named after her the late Princess of Wales and her great-grandmother, Queen Elizabeth.

The Hulu special will also explore when baby Lili might have the opportunity to meet her royal family members, including Kate Middleton and Prince William. After all, the Duke and Duchess of Cambridge did send their congratulations to the new parent, tweeting: “We are all delighted by the happy news of the arrival of baby Lili.”

When Can You Stream The American Royal Baby?

ABC did not announce an official air time for the special, but it will be available to stream on June 7. So keep a lookout for it on your Hulu. Subscriptions for Hulu start at $5.99 a month.

While Harry and Meghan have only issued a brief statement about the birth of their daughter, there’s still plenty of info royal fans are itching to know. Who will they choose to be her godparents? Will they plan any celebrity playdates? Will they have a nanny? During the Hulu special, Jo Frost, the original super nanny, will give her opinion on the candidates of an American nanny, according to ABC News. Meghan is extremely close to her mother, Doria Ragland, so it’s possible she could be helping out with the new baby? The Sussexes haven’t revealed much, but hopefully The American Royal Baby will dive into it all.