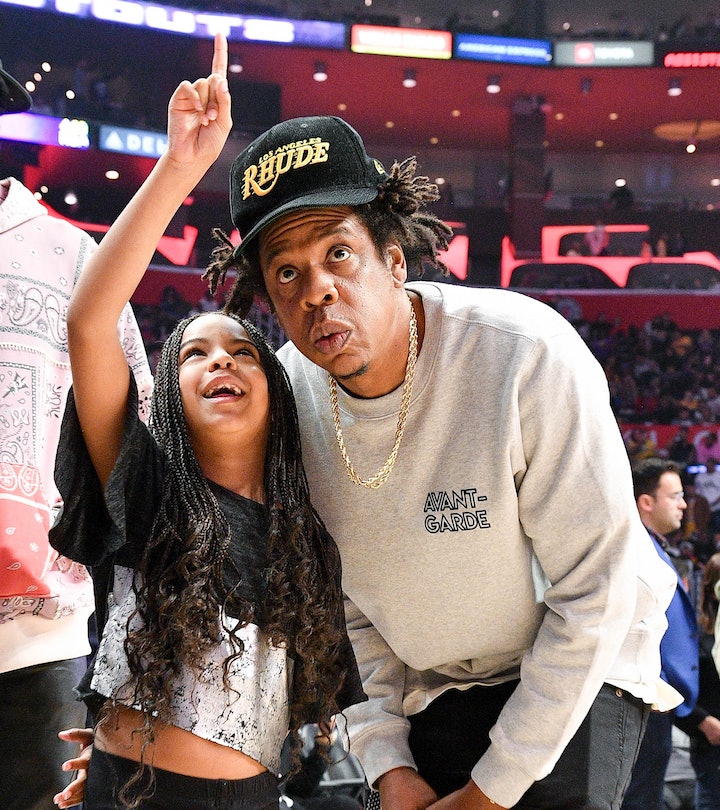 “Time is all you have. That's the only thing we control.”

As a father, JAY-Z truly values the time he has with his children. During a recent episode of Kevin Hart’s Hart to Heart series on Peacock, the 52-year-old rapper spoke about spending time with his family and how he makes it his priority to set special time aside just for his kids with his wife Beyoncé: Blue Ivy, 10, and twins Rumi and Sir, 5.

Speaking to Hart, JAY-Z talked about balancing his busy career with parenting, and how time is so valuable. “Time is all you have. That's the only thing we control,” he told the comedian, as reported by People. “It's how you spend your time. You're reckless with your time before, you're just all over the place and then you have to... What are you leaving your house for?”

“Every second that you spend, you're spending away from the development of these people that you brought here, that you love more than anything in the world,” he added in the episode, which is available to stream on Peacock. “So what are you going to spend that time on? So that changed a lot. That changed practically everything for me.”

JAY-Z doesn’t just talk the talk. Just last month, the rapper had a fun night out with his daughter Blue Ivy when the pair sat courtside in matching black outfits at an NBA Finals game. The two even shared an adorable moment that went viral when JAY-Z kissed Blue Ivy on the cheek. The 10-year-old got visibly embarrassed and her dad could not have looked happier.

JAY-Z has also spoken about being a “guide” for his children. In an interview with the Sunday Times last year, the 4:44 Grammy winner opened up about how he and Beyoncé are not pressuring their kids to follow in their footsteps and want them to feel supported. “What if my child doesn't want to be in music or sports? I have no idea, right?” he said at the time. “But as long as your child feels supported, and feels loved, I think anything is possible... It's easy for us, as human beings, to want our children to do certain things, but we have no idea. We're just guides.”

And while the hip-hop legend might be a guide for his kids, his firstborn has also inspired him. In fact, Blue Ivy motivated her dad to learn how to swim as an adult. “It's amazing. It's a very grounding thing... I didn't learn how to swim until Blue was born,” he said during an appearance on LeBron James’ show The Shop: Uninterrupted. “There goes everything you need to know. This is a metaphor for our relationship. If she ever fell in the water and I couldn't get her, I couldn't even fathom that thought. I gotta learn how to swim. That's it.”

JAY-Z is putting the time in and, lucky us, sharing his wisdom along the way.

More Like This
H.E.R Is Becoming A Disney Princess As Belle In New Beauty & The Beast TV Special
Obama Also Can't Stop Listening To Beyoncé’s Song Of The Summer "Break My Soul"
Grandma Tina Shared A Cute Little Update About Her 5-Year-Old Granddaughter Rumi
13-Year-Old Makes History As Youngest Black Person To Be Accepted Into Medical School