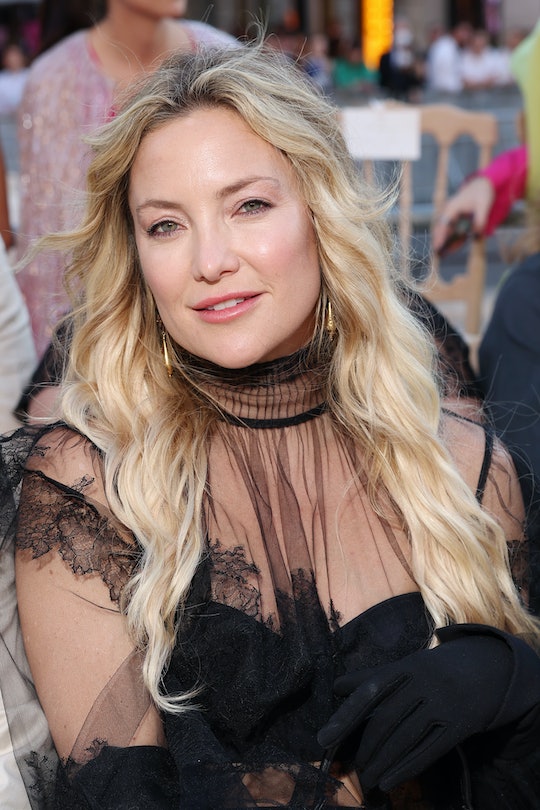 These brothers inherited some serious talent.

Kate Hudson is preparing to send her oldest son Ryder, 18, off to college and she celebrated this big milestone in a very Kate Hudson way. The actor and mother of three hopped onto social media to post a video of both of her boys rocking out in a pretty awesome jam session.

In a recent Instagram video, 9-year-old Bingham is beating on the drums with neon green headphones in his ears, while big brother Ryder played along on the electric guitar. Both kids got really into their performance, and Ryder looked every bit the frontman in his white tank top muscle shirt and rockstar hair. He hopped around as he played "Be Quiet and Drive (Far Away)" by the Deftones and let out a primal scream at the end of his last riff.

From off-screen, Hudson’s bubbly laugh could be heard echoing through the room before she couldn’t contain her Proud Mom-ness even one second longer. “I love you guys. It’s the best,” Hudson gushed from behind the camera. The Fabletics founder also expressed her exuberant love for her boys on Instagram with a touching caption: “My boys. What more could a mom ask for other than boys who play rock and are hilarious at the same time ✅ @mr.ryderrobinson what a good big brother. We’re gonna miss you big time 😢 #offtocollege #guessthesong,” Hudson wrote.

A slew of celeb mom pals jumped into the comments section to cheer on the adorable brothers including Reese Witherspoon, who dropped some clapping hands emojis, and Rita Wilson, who wrote: “Nothing better!!! Music forever!” Even famed composer, producer, and music master David Foster expressed his approval: “Great stuff guys!!!” he commented.

But the praise that mattered most probably came from Matt Bellamy, Bingham’s father and lead vocalist of Muse. “My rockstar boys, I’m proud ❤️” he wrote in the comments. It must be pretty emotional for Hudson to see her son’s father be so supportive, since she has been candid about not knowing her dad when she was growing up.

Ryder’s father is also a musician, as Hudson used to be married to Chris Robinson, lead singer of The Black Crowes. She is currently engaged to musician Danny Fujikawa, and the couple share 3-year-old daughter Rani Rose.

So of course, it’s not surprising that Hudson’s boys would gravitate towards music as both of their fathers are rockstars. But let’s not give all the credit to the dads here. Hudson has some serious cred in the music world, too. Not only did she play iconic groupie Penny Lane in the coming-of-age rock movie, Almost Famous, the Siblings Revelry podcast host has some pretty serious pipes and has been known to wow her fair share of audiences with her voice, too.

With so much talent to go around, it’s pretty awesome to see Hudson’s blended family come together and make great music together. Jonas Brothers: you are officially on notice. There’s a new sibling band in town, and they’ve also got great hair.

More Like This
Blake Lively Posted A Bunch Of Pregnancy Photos With A Stern Message To The Paparazzi
Prince William Was Quick To Remind Someone That He Does School Drop-Off Duty Too
Kristen Bell Reveals Her Daughters' Handy School Night Routine Called "Flat Man"
Exclusive: Watch Hayden Panettiere Talk About Addiction Treatment 4 Months Postpartum