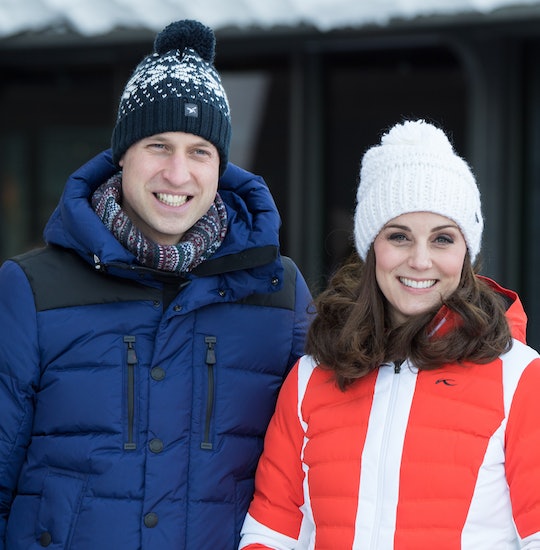 Their parents took them on a ski holiday.

When Kate Middleton and Prince William take their kids on vacation, they’re all about staying active. So it should come as no great big surprise that the royal couple reportedly decided to take their kids to the French Alps for a ski holiday during their break from school. Perhaps especially since both Middleton and Prince William grew up taking to the slopes themselves.

The Duke and Duchess of Cambridge were seen enjoying a ski holiday in the French town of Courchevel earlier this month along with their three children, 8-year-old Prince George, 6-year-old Princess Charlotte, and 3-year-old Prince Louis, as reported by Hello!. While the royal couple themselves have not confirmed their travel, it would certainly be in keeping with their history of taking a bit of family time during the school break.

In October, for instance, they were seen at Heathrow Airport taking their kids off to parts unknown for their school break, where notably the two older Cambridge kids carried their own luggage, The Mirror reported. And a ski holiday in Courcheval is a place that would be very near and dear to their royal hearts, as they took Prince George and Princess Charlotte there on holiday back in 2016 when their son was 2 years old and Princess Charlotte was still a baby.

Prince William himself spent many a school break taken on a ski holiday with his parents Prince Charles and Princess Diana alongside his younger brother Prince Harry and cousins Princess Eugenie and Princess Beatrice. And Middleton is known to be a fan of skiing herself, as well as many other outdoor activities she likes to try with her kids. The Duke and Duchess of Cambridge were seen teaching their kids to sail last summer off the shores of Scotland, for instance. Or taking the kids for what looked to be something of a hiking adventure in her old stomping grounds of Jordan and taking a photo for the annual Christmas card. Or taking a page out of Princess Diana’s book and heading to the Isles of Scilly off the coast of Cornwall to do a bit of cycling on the island of Tresco and get away from it all as the family did in July 2020.

Whatever the Cambridge family is doing on holiday, you know they’re going to be doing it outdoors.

More Like This
Kate Middleton Explains Why Her Kids Couldn't Attend The Top Gun: Maverick Premiere
Kate Middleton Keeps Getting “Broody” Around Adorable Babies
Meghan & Harry Celebrated Their Anniversary As A Family Of Four For The First Time
Why Prince Harry Feels Lucky To Be A "Father With A Platform"