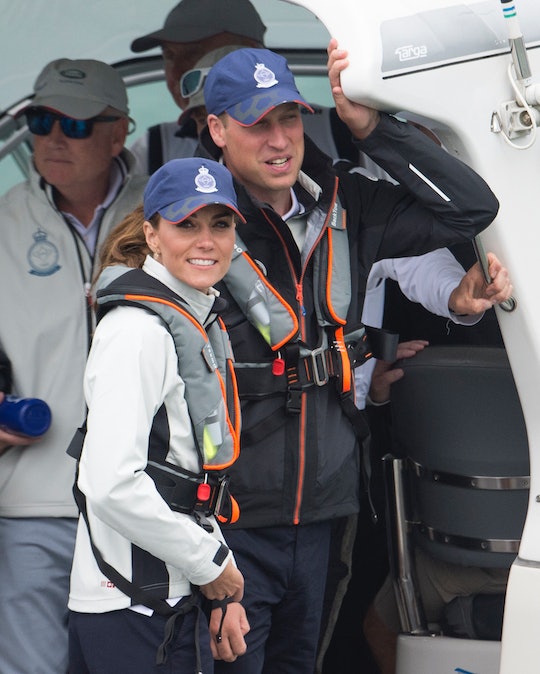 Kate Middleton Is Teaching Her Kids One Of Her Favorite Hobbies

The Cambridge kids are ready to set sail!

If you’ve been wondering what the Cambridge family has been up to over the summer on their holidays, you should look to the seas. The Scottish seas, to be precise. Prince William and Kate Middleton have been teaching their kids how to sail this summer and they’ve reportedly been taking to it like little ducks to water.

The entire royal family has been enjoying a bit of a summer holiday break throughout August, with the Duke and Duchess of Cambridge taking some time off with their three kids, 8-year-old Prince George, 6-year-old Princess Charlotte, and 3-year-old Prince Louis, before school starts back in the fall. They visited the islands of Scilly off the coast of Cornwall, spent some time with Queen Elizabeth at her summer home of Balmoral Castle in Scotland, and even enjoyed a bit of a staycation at their Norfolk home of Anmer Hall. Which is where they were spotted teaching their kids to sail.

A local royal watcher told Vanity Fair that the family was spotted in a small sailboat going up and down the Norfolk coast in early August, with Prince William steering the boat. “They are very much a family of sailors now,” the source told the magazine. “Kate has always been a competent sailor and William’s pretty good too. They have enjoyed some wonderful time on the coast this summer sailing and showing the children how to steer and sail a boat.”

Kate Middleton and Prince William have actually sailed competitively more than once, most recently crewing their own boats in the King’s Cup Regatta in Cowes on the Isle of Wight in 2019. Prince George and Princess Charlotte watched from the sidelines at that event, and Prince George enjoyed a little boat trip of his own with his grandparents Michael and Carole Middleton. But now it looks like they are getting ready to be part of the action.

They’re not afraid of getting in the water either, apparently. While the royal kids wore life jackets during their sail, Prince George and Princess Charlotte put them aside to jump in the water for a little swim. They love the water and the two eldest are good swimmers and had no qualms about jumping into the sea,” the local source told Vanity Fair, “even if it was a bit fresh.”

Sailing feels like a very on brand activity for the outdoorsy Cambridge family. Nearly every candid photo of the royal kids sees them digging in gardens, holding butterflies, riding a bike. Becoming little sailors with their parents seems like the natural next step.