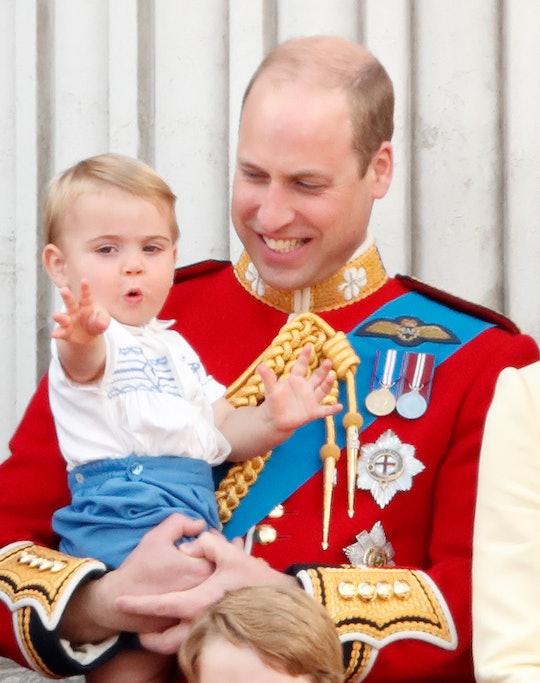 He’s got a backpack and everything!

Somehow the youngest child of the Duke and Duchess of Cambridge is officially a 3-year-old boy, which means that Prince Louis is ready for school. Well, nursery school, that is.

Prince Louis, younger brother to 8-year-old Prince George and 6-year-old Princess Charlotte, has had a very different first few years compared to his siblings. Thanks in part to being the third child of Kate Middleton and Prince William, sure, but also because of lockdown measures of 2020 that changed everything. Schools in the United Kingdom were closed, parents were homeschooling, regular life was put on pause for quite some time. All of that could have meant that Prince Louis might have been robbed of his own nursery school experience, but that wasn’t the case.

By the time Prince Louis was ready to go off to his first day of nursery school at London’s Willcock Nursery School back in April, the alma mater of big sister Princess Charlotte, the world had reopened a little. Enough for Prince Louis’ official third birthday photo shared on April 22 to do double duty as his first day of nursery school photo, complete with his trademark huge grin, a backpack, and a red bicycle.

“Taken earlier this week by The Duchess before he left for his first day of nursery, The Duke and Duchess are pleased to share a new image of Prince Louis,” the Instagram account for his parents captioned the post.

In the photo, Prince Louis was naturally sporting some dapper shorts and a lovely sweater, as befitting a fashionable young prince. The Duchess of Cambridge snapped the sweet picture just in time for his third birthday.

Prince Louis on his first day of school.

He’ll Be Busy At Nursery School

The Willcock’s Nursery School, according to the school’s site, is focused on fostering a positive relationship between children and their education “by nurturing inquisitive minds and fostering a love of learning the children are encouraged and supported as they develop key skills that prepare them for the next stage of their developmental journey.”

To ensure kids feel comfortable there, parents and children are invited for a “stay and play” visit, which means Kate Middleton would likely have stayed and played with her son. Children are able to bring toys or photos from home, and while they are still being made to feel comfortable, parents are asked to stay in the area in case their little one gets scared for the first few classes.

Willcocks Nursery School works on a term system, with three terms in total. Autumn, spring, and summer terms, with month long breaks over Christmas, from mid-March to mid-April, and then July and August off. There are morning and afternoon classes, which means Prince Louis is only in his little nursery school for half days.

He’s Not Far From His Siblings

Prince Louis’ school is convenient for his parents when they are staying at Kensington Palace in London, as it is quite close to his siblings’ school of Thomas’s Battersea. And since both Prince William and Kate Middleton have been known to be on hand for school pick-up and drop-off, that has to be handy for the whole family.

Now that Prince Louis is in nursery school, Kate Middleton and Prince William might find themselves with more time on their hands. When they’re not busy with all of their royal engagements, of course. And considering the couple’s youngest is “very quick,” according to his mom, they can probably use the break.