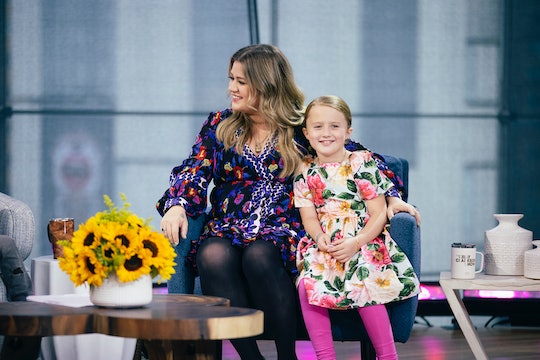 Being a single parent over the holidays can come with its own special set of challenges. Kids perhaps being shuttled between two homes also means parents left behind without their little people, which can get lonely. But single mom Kelly Clarkson has some thoughts on how to make the most of the situation.

Clarkson sat down for a chat with fellow single mom Jewel, who shares 11-year-old son Kace with ex-husband Ty Murray, about their shared experiences as single moms at Christmas. “I’ve been divorced for seven years, so my ex keeps my son for Thanksgiving and I have him for Christmas and it’s really great,” Jewel told Clarkson on her talk show The Kelly Clarkson Show. “But it’s a trip to get used to being alone for a holiday like that and all my family are in Alaska.”

As single mom to 8-year-old daughter River Rose and 6-year-old son Remington, who she co-parents with ex-husband Brandon Blackstock, Clarkson could relate to being on her own over the holidays. “It was weird because you’ve always had a kid there. And then all of the sudden, you’re alone,” Clarkson said. But she did believe there was a bit of a benefit. “At first, it’s weird and then you’re like, ‘OK, I can do things.’ It’s kind of incredible. You do get a little me-time,” Clarkson admitted. And it’s a great reminder for any single parent who might be struggling over the holidays.

Certainly Jewel was quick to agree that being alone during the holidays was great preparation for “empty nest syndrome.” Especially since it pushed her to reminds her to do some of the things she did before she became a mom. “I suddenly seem to forget what I did. I’m alone and I’m like, ‘What did I do? I did things.’ But you get better at it.”

Clarkson seems to have embraced her life as a single mom of two, bringing daughter River as her date to the 2022 People’s Choice Awards and taking her for ice cream after. Or arranging her work schedule around school drop-off so she doesn’t miss that special time with her kids.

So it’s no wonder that she enjoys a few precious moments alone over the busy holiday season. A mom’s gotta sleep some time.