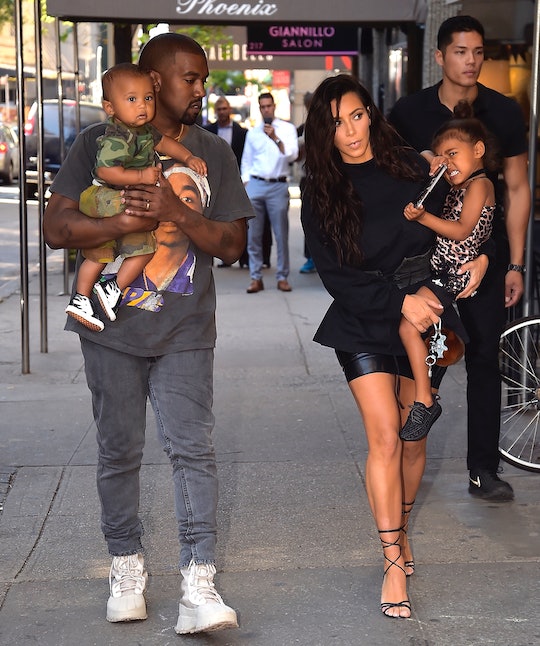 Kim Kardashian and Kanye West may be going through a divorce, but they are still connected through their four children, 9-year-old daughter North, 7-year-old son Saint, 4-year-old daughter Chicago, and 3-year-old son Psalm. And the busy mom is finally opening up about what that experience looks like for her and apparently it’s “really f**king hard.”

The Skims mogul sat down to talk with Angie Martinez on the Angie Martinez IRL podcast about her experience with her ex-husband, who has been spending a whole lot of time in the news recently with his controversial comments about the Jewish community. A situation that Kardashian is trying to deal with while also sharing custody with the rapper.

“I'll do anything to keep their life as normal as possible,” Kardashian told Martinez during the interview. Not that she finds it easy to co-parent four children with him, in fact quite the opposite. “Co-parenting is hard. It's really f*cking hard,” she told Martinez. And it’s actually a situation she was desperately hoping to avoid. She was really hoping her kids would enjoy the same kind of paternal relationship she had with late dad Robert Kardashian Sr.

“I had the best dad, and I had the best memories and the greatest experience and that’s all I want for my kids as long as they can have that,” she told Martinez. “If they don’t know the things that are being said or what’s happening in the world, why would I ever bring that energy to them? That’s really heavy grown-up sh*t that they’re not ready to deal with.”

Despite the fact that West did not live up to Kardashian’s hopes for their children, she says she “definitely protected him,” when they were together, and she “still will in the eyes of my kids. For my kids. So, in my home, my kids don’t know anything that goes on [in] the outside world.”

Things certainly seemed to be a struggle between the couple in early 2022 when West took to social media to call out Kardashian for allowing their daughter to be on TikTok (in a joint account with her mother), “against my will.” Kardashian responded at the time with her own message on social media, saying “Kanye’s constant need for attacking me in interviews and on social media is actually more hurtful than any TikTok North might create,” Kardashian wrote in her statement at the time. “As the parent who is the main provider and caregiver for our children, I am doing my best to protect our daughter while also allowing her to express her creativity in the medium that she wishes with adult supervision — because it brings her happiness.”

Kardashian, who filed for divorce in February 2021, is trying her best to keep up that positive attitude. At least when her kids are in the room. “No matter what we are going through, I have to have that smile on my face and blast his music and sing along with my kids,” she told Martinez. “[I can] act like nothing is wrong and as soon as I drop them off, I can have a good cry.”