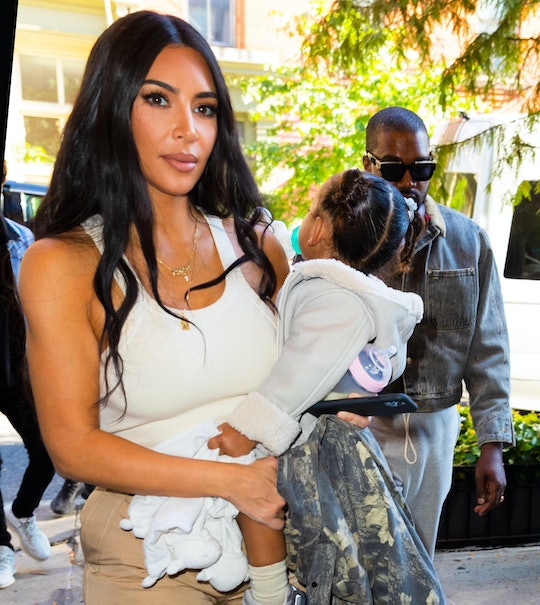 Psalm had no time for a smooch for his mom.

It’s a tale as old as time; your toddler is just so adorable and kissable you just can’t get enough. But if they know you want a little snuggle, they have no time for you. Suddenly they’re the cool guy at the club who looks right through you like you don’t exist. Such is life with a toddler. Especially if there’s a television around. This is true even for Kim Kardashian, who just wanted a little snuggle with 2-year-old Psalm but he was too busy sucking his thumb and looking right through her. Typical.

As mom to 8-year-old daughter North, 5-year-old son Saint, 3-year-old daughter Chicago, and of course little Psalm, the Skims mogul is well versed in toddler behavior. She’s gone through it with her older three kids, who she shares with ex-husband Kanye West. Still, it’s a special kind of insulting. Perhaps particularly when you are one of the most famous people in the country.

Psalm doesn’t care. In a video shared to Kardashian’s Instagram Story, he is relaxing in bed watching television as his mom begs him, “Hey! Give me kisses!” and he sucks his thumb, ignoring her.

A woman who is rarely ignored. That’s the way toddlers roll; 256 million followers on Instagram? Big deal, I’m not kissing you while I watch my show.

Kim Kardashian always seems to have a good sense of humor about her kids and their hilariously chill reactions to her. Like when her daughter North mocked her “different” voice she claims she uses during her popular contouring videos. Or when North called her out for saying she was an Olivia Rodrigo fan. I’m seeing a pattern here with North, but it looks like Psalm might give his big sister a run for her sassy money one of these days. Not that his mom will mind. She always laughs it off.

Besides, toddlers resisting hugs and kisses from their loved ones is a way for them to assert their physical independence, as What To Expect explains, something parents all want to make sure their kids understand. That they are allowed to decide when they want people to hug them or kiss them and when they don’t. Even if that someone is their loving mom. C’est la vie.