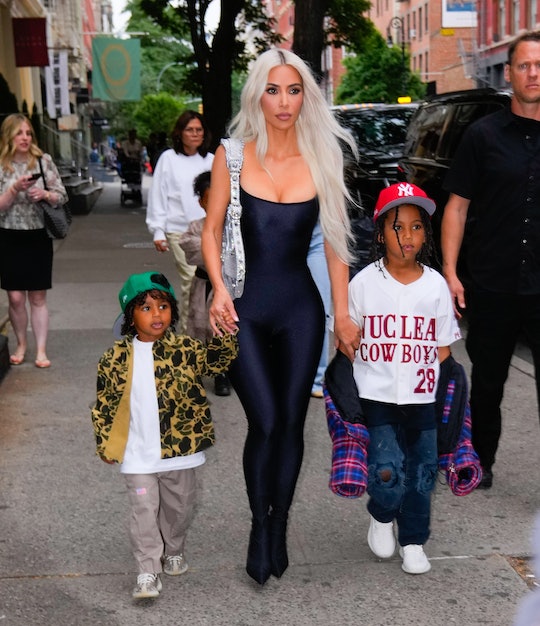 The Tooth Fairy can be a tough role for parents to pull off, especially since she has different rules in every household. So it’s very helpful when kids like Kim Kardashian’s 7-year-old son Saint step up and write letters to the Tooth Fairy asking for exactly what they want. And in his case at least, ask and you shall receive.

Kardashian took to her Instagram Story over the weekend to share the sweet note her oldest son Saint wrote to the Tooth Fairy when he lost his first tooth. It seems Saint was less interested in money and far more interested in Roblox. “Can I please have Robux instead of money?” he wrote, presumably referring to currency used in the online gaming forum Roblox. He also requested that the Tooth Fairy “please write back” with a smiley face.

Kardashian, who also shares 9-year-old daughter North, 5-year-old daughter Chicago, and 3-year-old son Psalm with ex-husband Kanye West, noted that she was “on tooth fairy duty” in her post, sharing a video of some gold glitter sprinkled around her son’s bed. Kardashian delivered as the Tooth Fairy, giving Saint a Roblox gift card and $2, so he got the best of both worlds.

Not only did Kardashian deliver on Saint’s request, she also had his older sister North’s Tooth Fairy ideas to overcome. “North says the tooth fairy writes in cursive which I haven’t done in 15 years lol,” the busy mom wrote in an Instagram Story. She pulled it off, however, and wrote Saint a letter as the Tooth Fairy where she talked about taking his first tooth, pointed out it was raining (I guess so he could confirm she had really been on site) and then finished by telling Saint to “hurry up and lose more teeth.” That last part read as a tad frightening, but Kardashian’s heart was in the right place.

It was a busy week in the Kardashian household, what with Saint losing his first tooth and little sister Chicago celebrating her fifth birthday.

Kudos to her for pulling off an excellent Tooth Fairy visit. I guess it helps to get a bit of direction.