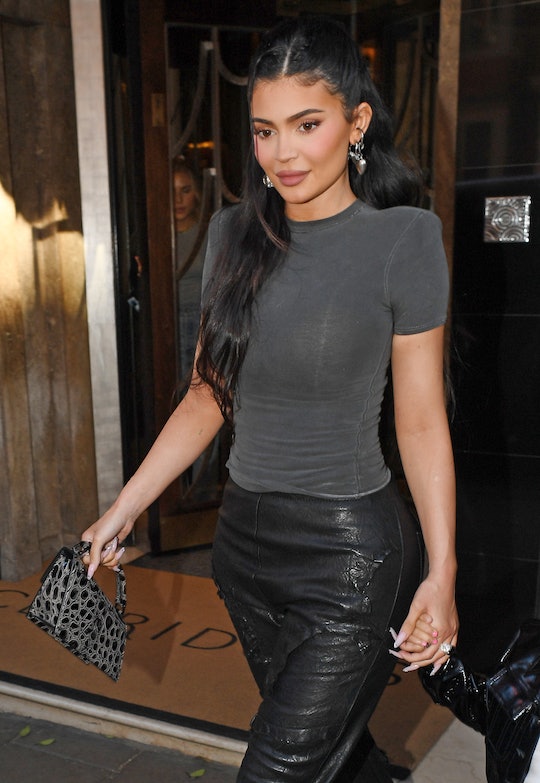 “I should be really happy right now.”

In a new trailer for the second season of The Kardashians on Hulu, Kylie Jenner opened up about struggling emotionally after giving birth to her son earlier this year. The mom of two admitted in the clip that she felt like she “should” be happy, but instead found herself crying “nonstop” for weeks at a time, and it’s that push-pull of mom guilt and postpartum hormones that so many other parents will understand.

Jenner and her boyfriend, rapper Travis Scott, welcomed their baby boy in February, their second child after the birth of their daughter Stormi in February 2018. The couple initially named their son Wolf Webster but eventually changed it and have yet to reveal what his new name might be. While his name is still a secret, Jenner’s postpartum struggles are not. In a clip from the trailer for the new season of The Kardashians on Hulu, which premieres next month, Jenner spoke about her struggles with finding her stride as a new mom of two.

“I should be really happy right now, I just had this new baby,” she said in the trailer. “But I cried nonstop for, like, three weeks.”

While Jenner has not said that she suffered from postpartum depression after the birth of her son, it is incredibly common for new moms. As many as 1 in 10 women experience postpartum depression, according to the Centers for Disease Control and Prevention (CDC), although that number could be higher as new moms have a tendency not to report their struggles to their health professional. Postpartum depression can lead to feelings of emptiness, sadness, anxiety, guilt, worthlessness. A whole host of negative emotions that can seem contradictory to the experience moms expect when having a baby.

Since welcoming her son, Jenner has been open about her own experience. “I just want to say to my postpartum moms that postpartum has not been easy,” Jenner explained in a video on Instagram in March. “It’s not been easy. It’s very hard. This experience for me personally has been a little harder than with my daughter. It’s not easy mentally, physically, spiritually. It’s just crazy.”

Jenner’s postpartum journey with her baby boy will surely be explored more when the new season of The Kardashians premieres on Hulu on Sept. 22.