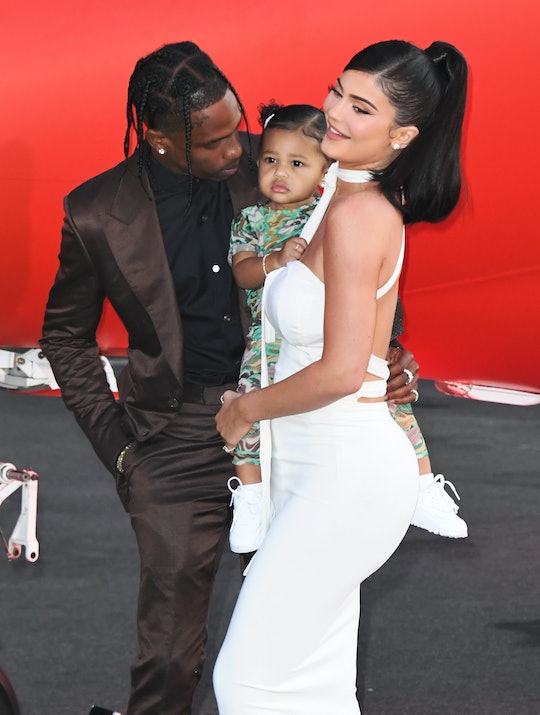 Kylie Jenner Is Craving A Tasty Breakfast Treat During This Pregnancy

With a side of frozen yogurt, of course.

Here’s a little secret about pregnancy; the eating can be great. Especially if you are lucky enough that you don’t have any issues with morning sickness, and you hit that amazing sweet spot where you feel healthy and well and you really do a deep dive into your cravings like Kylie Jenner. The Kylie Cosmetics entrepreneur is embracing a particular kind of sweet tooth craving during her second pregnancy, and even if you’re not pregnant it does sound kind of delicious.

Jenner and her boyfriend, rapper Travis Scott, are about to make their 3-year-old daughter Stormi Webster a big sister. The couple officially announced the pregnancy after weeks of speculation on Sept. 7 with a sweet video on Jenner’s Instagram feed. The video was actually a bit of a throwback to the same one Jenner shared after giving birth to Stormi in 2018, complete with the same music and everything.

Since Jenner kept her first pregnancy private, never sharing any details or even confirming that she was, indeed, expecting until Stormi’s arrival in February 2018, any details about this pregnancy are pretty fascinating to her fans.

Especially her recent Instagram Story where she shared a very particular pregnancy craving. Frozen yogurt topped with Fruity Pebbles cereal, which she shared alongside some drooling emojis.

The Keeping Up With The Kardashians star did actually share some of her first pregnancy cravings after she gave birth to daughter Stormi during a Twitter question and answer in 2018, and it seems both pregnancies made her a real breakfast food woman. “Eggos!!!” she answered when a fan asked her what she craved. “I never liked them before i was pregnant & haven’t had one since i had her. so strange! Lol.” She also admitted that she had a fondness for In-N-Out burgers and donuts when she was pregnant with Stormi.

Pregnancy cravings are one of the true gifts of expecting a baby. Your body is already going through so much, why not allow yourself and your baby a little treat? And let’s face it, when else would you see an international influencer like Kylie Jenner virtually drooling over frozen yogurt topped with Fruity Pebbles cereal or chatting with fans about waffles and In-N-Out burgers?