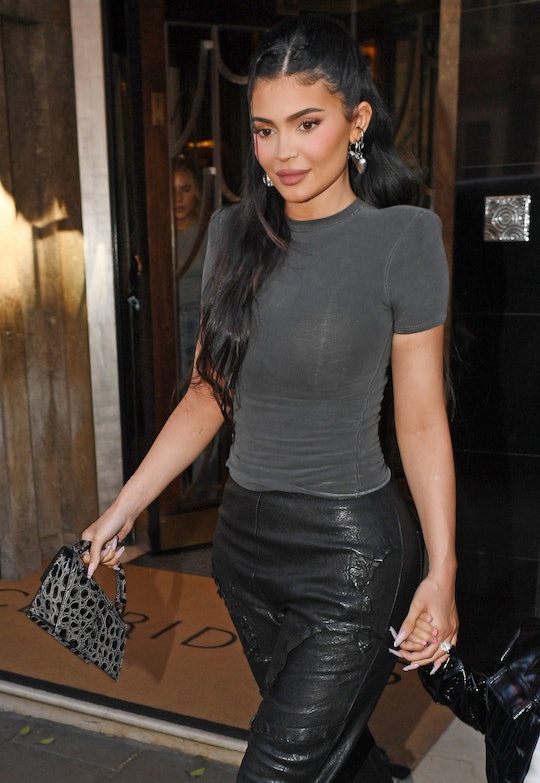 Her niece True may have spilled the beans!

There could well be a new development in the ongoing saga of the baby boy previously known as Wolf. Fans seem to think that Khloé Kardashian’s 4-year-old daughter True Thompson might have accidentally let slip the name of Kylie Jenner’s baby boy. If their theories are correct, his name is a real choice. And a strong commitment to a theme the family started with 4-year-old daughter Stormi Webster.

The first episode of Season 2 of The Kardashians on Hulu dropped on Thursday and it was focused squarely on Khloé’s struggles with Tristan Thompson and the baby boy they welcomed via surrogate in August. The entire family was emotional during the episode, worrying about Khloé after it was discovered that Thompson had welcomed a baby with another woman.

When the sweet little baby boy was born, however, it was all about the Good American designer’s new family with daughter True and her son. In a clip from the show, the mom of two is seen introducing True to her baby brother and the 4-year-old says, “Hi Snowy!” to the baby boy. Her mother explained that his name was not Snowy, but now fans are convinced that True mistook that baby boy for Kylie’s baby. And that her baby boy with Travis Scott, who she welcomed in March, is actually named Snowy.

Fans will remember that Jenner originally named her baby boy Wolf before she and boyfriend Travis Scott decided it wasn’t the right name for him. In the months since, the mom of two hasn’t officially shared her son’s name with fans. Jenner did tell James Corden that she wouldn’t be naming her son an animal name, but she didn’t specifically say she wouldn’t name her son a weather-based name like daughter Stormi.

Which is perhaps why people think True let her baby cousin’s name drop accidentally. Fans took to TikTok and Twitter to discuss the possibility, and the general consensus seems to be that True might have spilled the beans. The name certainly would fit with the family theme of “S” names that are weather-related.

If Kylie Jenner did decide to give both of her children “S” names, she’s the first of Kris Jenner’s children to follow that trend. Kim Kardashian’s four kids all have different first initials, as do Kourtney Kardashian’s three kids. As for Khloé Kardashian, we will have to wait to find out. She has yet to release her baby boy’s name and you never know; maybe she’s fooled us all and his name is Snowy.