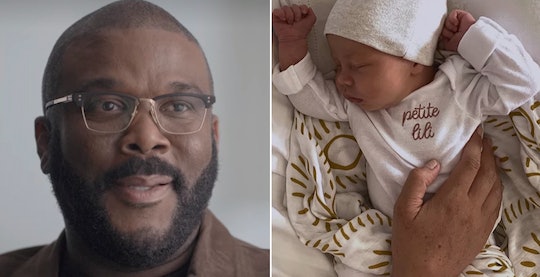 “I was absolutely honored.”

When Meghan Markle and Prince Harry made the difficult decision to step down from their senior roles in the royal family, they struggled to find a place that made them feel safe in their new life. Until Tyler Perry stepped in to help them. The director and producer offered them sanctuary, a refuge where they could feel safe and relaxed, despite the fact that they did not really know each other. Now, however, he is truly part of the family as he was asked to be their daughter Lilibet’s godfather.

The Duke and Duchess of Sussex had a real journey with Perry. As the couple shared in their Netflix docuseries Harry & Meghan, the location of the home they found on Vancouver Island in Canada was compromised and their security detail was about to be taken away by the royal family. The borders were about to close due to the initial outbreak of Covid-19, and they weren’t quite sure where to go. Until Tyler Perry offered them the use of his home in Los Angeles along with security. And even a private plane to bring them into the country without alerting the ever-present paparazzi. Why? Because he “applauded” their courage in walking away from the royal family when they felt endangered.

Prince Harry recalls feeling like they were living in “bliss, because no one knew we were there,” a place where Archie learned to walk and they had total privacy. What a gift. And they wanted to show their gratitude with Perry by asking him to be their 1-year-old daughter Lilibet’s godfather. An honor that left him feeling overwhelmed.

“I had to take a minute to take that in,” he admitted before agreeing because he was “absolutely honored.” One one condition.

“I got off the phone, took it all in, then I called them back,” Perry added, “and I go, ‘Hold on a second. Does this mean we gotta go over there and do all of that in the church with them. . . Because I don’t wanna do all of that.’”

The friendship between the Sussex family and Perry came about during an incredibly difficult time for Harry and Meghan. They were quite literally fleeing from the paparazzi, trying to make a life for themselves. And Perry gave them a home where they could find solace. A sympathetic ear. Because that’s what family does for each other.