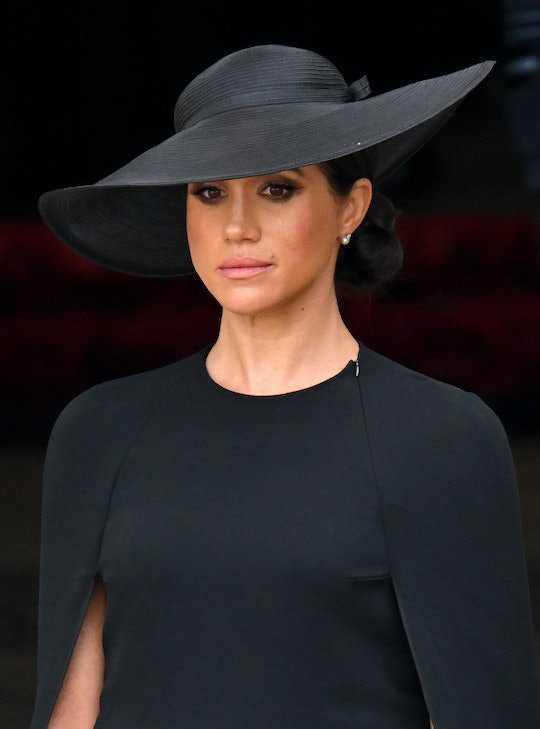 “If you’d seen the stuff that was written and you were receiving it, the kind of rhetoric that’s online... you would feel under threat all of the time.”

It’s no secret that Meghan Markle has endured a lot since embarking on her whirlwind relationship and marriage to Prince Harry. In her infamous sit down with Oprah Winfrey, she revealed the abhorrent racism she was subjected to and has opened up about these challenges on her Spotify podcast. But no one really knew just how scary things were for the Duchess of Sussex. In a recent TV interview, a former top police official revealed that Markle’s life was actually in danger while she was living in the UK. In fact, she and Prince Harry faced “disgusting and very real” threats to their lives from far-right extremists.

Speaking to British news outlet Channel 4, Neil Basu, the outgoing Assistant Commissioner of Specialist Operations at Scotland Yard and former head of counter terrorism, shared details of the shocking news. “I've talked publicly for many years about the threat of extreme right-wing terrorism in this country,” Basu said. “If you’d seen the stuff that was written and you were receiving it, the kind of rhetoric that’s online... you would feel under threat all of the time,” he continued. The official also revealed that on several occasions his teams had investigated genuine threats to Markle’s life, and that people were prosecuted for those threats.

Like any worried husband, Prince Harry has been rightfully concerned about his wife and children’s safety both in England and abroad. In a recent tweet, freelancer and Royal Watcher R.S. Locke/Royal Suitor, shared a clip from the 2019 documentary Harry and Meghan, an African Journey, that really puts Prince Harry’s legitimate fears into perspective. “I will always protect my family, and now I have a family to protect,” the Duke of Sussex said. “So, everything that she went through and what happened to her is incredibly raw every single day ... and that’s not me being paranoid, that’s just me not wanting a repeat of the past. And if anybody else knew what I knew, be it a father, be it a husband, be it anyone anyone — you’d probably be doing exactly what I’m doing as well.”

It must have been hard enough for Markle to handle all the public scrutiny that has been launched against her, but now that it has been documented that her life was actually in danger, her move with the family to Canada and then California makes even more sense.

Markle’s “response” to such a difficult and scary reality is also pretty remarkable. No matter what challenges the duchess encounters, she always seems to present herself with strength and grace. Her podcast Archetypes enables her to share her authentic voice with the world, so that others can no longer speak for her. Markle also continues to focus on others in need, rather than dwell on the unthinkable pressures and real dangers in her life. This past Thanksgiving, she celebrated the holiday by volunteering at a women’s center. Markle’s friend, Tyler Perry, also shared that the she went hunting for a family for baby formula during the shortage. She’s also been an incredible champion for working moms.

While she may no longer be an official working royal, Markle has accomplished far more than simply wearing a tiara — she’s set as example to her two children and the entire world of what it means to be a resilient, outspoken, and giving human being.