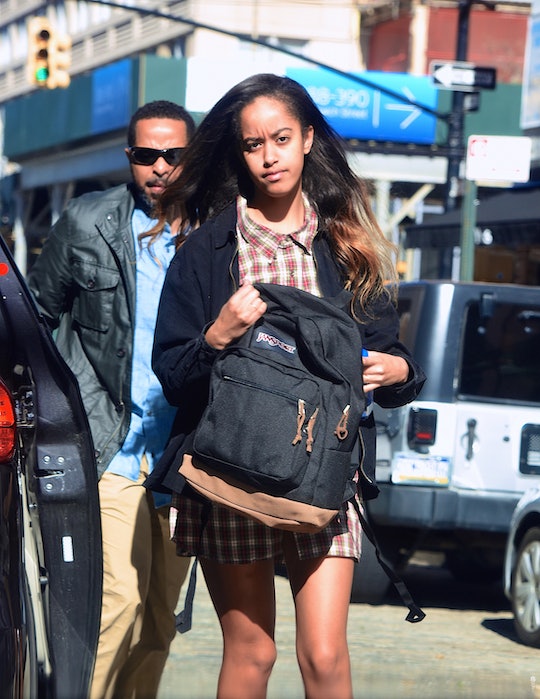 The oldest Obama daughter is mapping her own lane in Hollywood.

The oldest daughter of Barack and Michelle Obama has just scored an amazing writing gig. News broke this week that Malia Obama got a new job on Donald Glover's writing team for a new series set to premiere on Amazon Prime.

Glover, who created the critically-acclaimed FX series Atlanta, has hired the 22-year-old former first daughter to work on one of his upcoming projects for Amazon Prime. The 37-year-old actor has reportedly inked an eight-figure, multi-year deal to create his own content, according to The Hollywood Reporter.

As for Obama's role within the deal, she will be working on a series that revolves around a "Beyoncé-like figure" called Hive, according to The Hollywood Reporter. No word yet on if Queen Bey has any input on the series, but one can dream, right?

Obama's new Amazon gig will be her first professional job, following a slew of A-list internships including a stint at Harvey Weinstein's Weinstein Co. in 2017, HBO's Girls in 2015, and CBS's Extant with Halle Berry. Before starting her fall semester at Harvard University in 2017, Obama took a gap year and is set to graduate in 2021. Needless to say, the oldest Obama daughter is making moves and building her own lane away from D.C.

Of course, Malia is not the only Obama making headlines in the media world. In March, former First Lady Michelle Obama will be premiering a new kids' cooking show on Netflix called Waffles + Mochi. The show is part of a slew of productions the Obamas have in the works after inking a historic, multi-year deal with Netflix back in 2018. Additionally, their autobiography books, A Promised Land and Becoming are Amazon and New York Times bestsellers.

While Malia Obama certainly comes from talented and incredible parents, President Obama is previously acknowledged that his oldest daughter is a "badass" and "buoyant." As he wrote in his autobiography, according to People, "She’s somebody who enjoys people, enjoys life, and enjoys conversation. She’s never bored, which is a badass quality that can take you places."