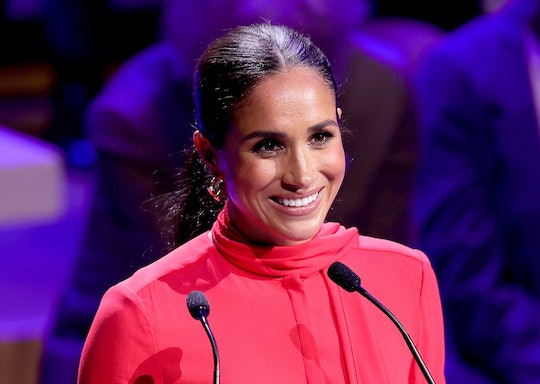 Meghan Markle and Prince Harry really went against the royal grain when they named their oldest child back in 2019. Instead of dipping into the traditional archives of royal names that have been passed down through the centuries, they went with Archie. Not Archibald with Archie for short. Just Archie. Sort of like the Archie comic books Markle said she loved growing up in southern California. Coincidence? Well, according to the Duchess of Sussex, there’s no connection.

Markle sat down to discuss the “Stigma of the Singleton” with Mindy Kaling on her Archetypes podcast on Tuesday, and the two moms bonded over their similar experience as self-described “latchkey kids” growing up. While Kaling, who is mom to 4-year-old daughter Katherine and 2-year-old son Spencer, said her favorite book as a kid when spending lots of time on her own was Harriet The Spy, Markle admitted she “read a lot of Archie comic books, ironically, as a kid.”

When Kaling chimed in to say she also read Archie comics, Markle quickly added, “my son is not named after Archie comic books, but I loved them.” So much so that she collected “all of them,” even the spin-offs. Hmm. Perhaps the lady doth protest too much? Certainly Kaling slyly pointed out to Markle “you like red-heads,” a nod to both the comic book character and her own husband Prince Harry, and Markle admitted with a laugh, “and I like the name Archie.”

Neither Prince Harry nor Markle have officially confirmed the inspiration behind their son’s name, Archie Harrison Mountbatten-Windsor. That being said, Markle did speak to Sherry McBain, wife of an Invictus competitor, in April about their decision process between two names in April. “[Meghan] was like 'Harrison, that's Archie's middle name', and Mandy was like 'Yeah, I know,’” McBain told PA. “They were just having a chat because Harry and Meghan couldn't decide between Archie and Harrison for the first name.” Prince Harry’s name is actually Henry, but the Harrison part of Archie’s name certainly does appear to be inspired by his own father. As for his very cool first name? His parents love it (and him) so much that they’ve used it as the base for their charitable foundation Archewell, and it’s worth noting that Markle’s podcast is called Archetypes.

They appear ready to squeeze a version of Archie in wherever and whenever. Perhaps we have a freckled red-headed high schooler in a letterman jacket to thank for that.