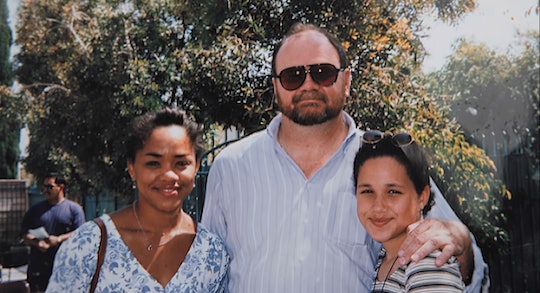 “Life would be easy if there were two of me.”

Meghan Markle and Prince Harry might come from very different backgrounds in many respects, but there’s at least one way they understand each other completely. They are both children of divorce. Meghan’s parents, Doria Ragland and Thomas Markle, separated when she was still a little girl while Prince Harry’s parents, Prince Charles and Princess Diana, went through one of the most public divorces in modern history when he was 8 years old. They both understand the complex emotions that come with having divorced parents. In the Duchess of Sussex’s case, she even wrote a poem about it when she was 12 years old that still resonates with her to this day.

“There's so much from anyone's childhood that you bring with you into the present,” she said in the new Netflix docuseries Harry & Meghan, “especially when you are the product of divorce.” The mom of two went on to note that, “Even though my parents co-parented well, if you think about how that informs what you grew up to be and what you want.”

Meghan reminisced about a poem she wrote when she was a 12-year-old student at Immaculate Heart in Los Angeles. A poem she can still recite by heart to this day.

Two couches were I lay, two places that I stay.

Moving, moving, here and there.

From Monday to Friday, I'm everywhere.

Don't get me wrong, It's not that bad. But oftentimes it makes me sad.

I want to live that nuclear life with a happy dad and his loving wife.

A picket fence, a shaggy dog. A fire place with a burning log.

But it's not real, it's just a dream. I cannot cry or even scream.”

The final line of the poem was a real gut punch, and even seemed to leave Meghan herself feeling emotional.

“So here I sit with cat number three, life would be easy if there were two of me."

Meghan went on to say she felt “lonely as a kid” as her father Thomas had two adult children she did not know well, Samantha and Thomas Jr., leaving her feeling like an only child of divorced parents. Naturally that has informed her own life, particularly as she and her father have become estranged since her marriage to Prince Harry.

A marriage that is clearly going strong. A marriage that has brought her a new family. Her husband, her 3-year-old son Archie, her 1-year-old daughter Lilibet. A “happy dad and his loving wife.” It turns out it was real for her after all.