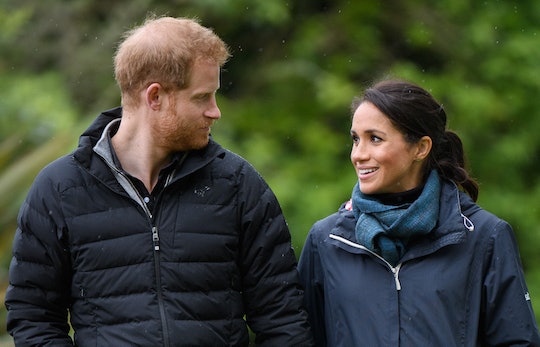 The Duke and Duchess of Sussex, like many parents, were “overjoyed” and “overwhelmed.”

Becoming a parent for the second time can be just as daunting as the first. Especially when you have a toddler at home who also needs attention. But, as Meghan Markle and Prince Harry discovered, there is so much joy and happiness to be experienced as well. In a letter to Congress advocating for paid parental leave, Meghan opened up on her experience welcoming her daughter Lilibet “Lili” Diana in June and while they’re especially private about their life with Lili and her 2-year-old big brother Archie, the Duchess of Sussex admitted they “overjoyed” and “overwhelmed” once their little girl arrived.

The mom of two went on to note that her life since welcoming Lili looks very different from so many other parents who might be struggling. Parents who might not have the same benefits she has enjoyed so well.

“We knew we could take her home, and in that vital (and sacred) stage, devote any and everything to our kids and to our family,” Meghan wrote in her letter shared via Paid Leave For All. “We knew that by doing so we wouldn’t have to make impossible choices about childcare, work, and medical care that so many have to make every single day.”

Both Meghan and Harry have advocated for paid parental leave, with the Duke of Sussex announcing in June via the couple’s Archewell website that he would be taking leave along with his wife after the birth of their daughter. “While the Duke and Duchess are on parental leave,” the statement read, “Archewell will continue to do important work and publish stories on the site.”

Prince Harry has been enjoying his time off with his family, reportedly even finding a sweet bedtime routine with Lilibet where he reads to her every night. As for Meghan, she had one thing to say about her sweet little girl during a recent visit to New York City: “She’s beautiful.”