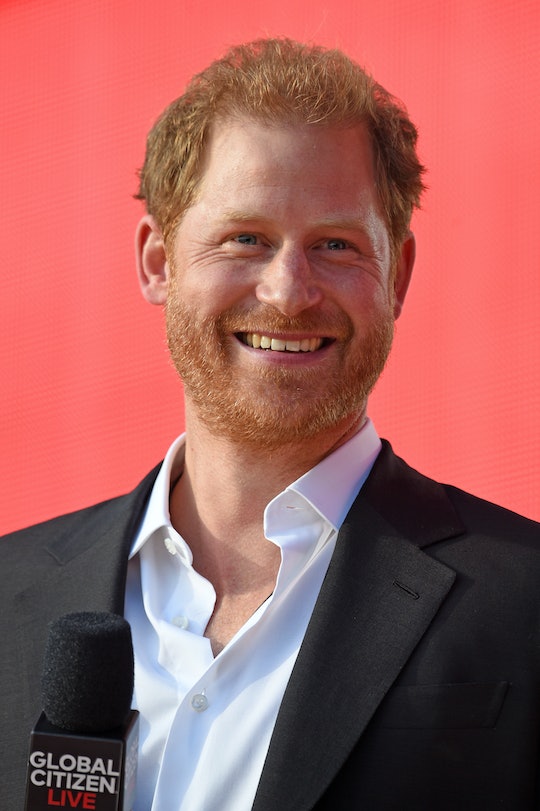 Prince Harry Has The Sweetest Bedtime Routine With Lilibet

And they all lived happily ever after.

It seems little Lilibet has had a serious affect on her dad since she arrived in June. Prince Harry has come up with a whole new bedtime routine for his baby girl, and he is clearly reveling in his new role as girl dad. (While obviously still loving his role as Archie’s dad as well, let’s not accuse him of playing favorites here.)

Meghan Markle and Prince Harry welcomed baby girl Lilibet “Lili” Diana in June, making their 2-year-old son Archie a big brother for the first time. Since Lilibet’s arrival, the new parents have been playing their cards pretty close to their chests. No official photos have been released (although eagle-eyed royal watchers did spot a photo which could have maybe been Lilibet on Meghan Markle’s desk at one point) and they haven’t really been sharing updates. Probably because they are too busy basking in the happy glow of welcoming their first baby girl.

Perhaps Prince Harry especially. A source close to the royal dad told Us Weekly that he has a beautiful way of putting his daughter to sleep. “Harry adores Lili and loves reading her bedtime stories and rocking her to sleep. He has a real magic touch.”

How cute is that?

The Duke and Duchess of Sussex are reportedly counting blessings around every corner in their new lives as private citizens in Montecito. “There’s just so much love and gratitude and they couldn’t ask for more,” the source told Us Weekly.

Of course, all of that love and gratitude is for both of their children, as evidenced by Prince Harry’s personalized briefcase on a recent trip to New York City with Markle. The proud dad had his briefcase inscribed not with his own name, but with the words “Archie’s Papa.” As for Markle, she has been paying tribute to her little family in a myriad of ways. She has worn constellation necklaces with her children’s horoscope signs, and of course wrote a children’s book about her son’s relationship with his father called The Bench.

All in all, the Sussex family seems to be settling into their new routine pretty beautifully. Bedtime stories, a big backyard, and let’s not forget Archie’s own personal chicken coop called “Archie’s Chick Inn.”

It’s like they’ve got their own little fairy tale happening over in Montecito. Maybe even a fairy tale Prince Harry shares with his daughter.