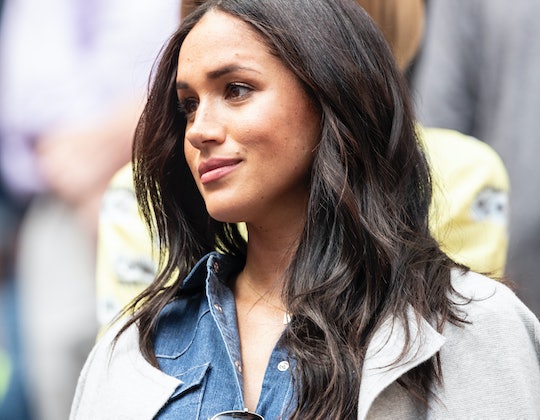 It’s for a good reason.

Meghan Markle and Prince Harry’s baby girl is due to arrive in the next few months, and it’s cause for celebration. Little 2-year-old Archie Harrison Mountbatten-Windsor is going to be a big brother, after all, and that’s pretty exciting. But part of that celebration reportedly won’t include a baby shower.

A source who claims to be close to the Duke and Duchess of Sussex told Us Weekly that Meghan Markle is not having a baby shower this time around because the world is a very different place than it was when she gave birth to Archie in May 2019. “Meghan doesn’t feel a big baby shower with gifts is appropriate right now,” the source told the magazine. “There is too much strife in the world. She and Harry have been so involved with humanitarian issues, they both feel their time and resources can be used for a better purpose.”

Markle was treated to a lavish baby shower in New York City a few months before Archie’s birth. Her longtime friend Serena Williams hosted the shower along with another pal, Genevieve Hillis, and it was reported to be a pretty lavish affair. Guests like Amal Clooney and Gayle King were on hand to help celebrate the impending arrival of Markle’s firstborn child, but this time around things will be different. The expectant mom is in a different place these days; since she and Prince Harry stepped away from their senior royal roles and left the United Kingdom last January, they’ve been living in their new Montecito, California home and enjoying a more private life. There are also COVID-19 gathering restrictions to consider, although Markle did reportedly enjoy a low-key birthday party in August.

Meghan Markle is reportedly eschewing a baby shower for her daughter.

The couple have also renewed their commitment to their charitable organizations through their Archewell Foundation. If Archie’s second birthday is any sort of harbinger of things to come, the Sussex family is celebrating big events by amplifying worthy causes rather than with expensive gifts. To celebrate their son’s birthday, they donated 200 beanies to a charitable organization in New Zealand that helps victims of domestic violence while also urging people to donate money to help get the COVID-19 vaccine delivered to countries around the world.

A baby shower might not be in the cards for Meghan Markle’s second pregnancy, but she certainly seems to have found a way to celebrate.