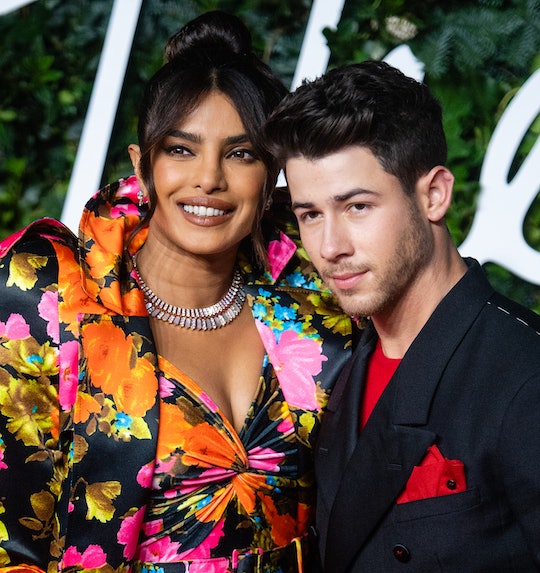 The meaning is so sweet.

Fans can officially get to work monogramming baby bath towels or embroidering blankets for Priyanka Chopra and Nick Jonas’ newborn baby girl. Three months after her birth, the name of the couple’s daughter has been revealed, and spoil alert — it’s beautiful.

Chopra and Jonas named their baby girl Malti Marie Chopra Jonas, according to a birth certificate obtained by TMZ. And although the couple has not officially shared the name of their firstborn daughter with the public or many other details about their little one, TMZ reported that baby Malti was born on 8 p.m. on Jan. 15 in in San Diego.

Chopra and Jonas have been married for three years and famously got engaged just two months after meeting when the youngest member of the Jonas Brothers was quick to pop the question. While Chopra, an internationally-known actress and former Miss World winner, has been very open about wanting kids, it’s clear that she’s not ready to spill every little detail of her baby’s life. In fact, it wasn’t until after her daughter was born, that the couple announced the birth of their new baby via surrogate on Instagram and continued to ask for privacy. Since then, Chopra and Jonas have been on a united front to stay mum about their growing family.

With a pop superstar for a father and a Bollywood icon for a mother, it’s not surprising that the couple’s little bundle of joy has such a musical name — when it comes to alliteration. Many have taken note that the beautiful name the couple chose is likely tied to Chopra’s Indian heritage. According to TMZ, it’s “unclear exactly why they picked the name — but 'Malti' generally means small fragrant flower or moonlight and it's of Sanskrit, Indian origin.”

But fans of the couple were, of course, were the first to report their theories and impressive sleuthing on Twitter to uncover more about the origin of baby Malti’s name. According to one Jonas fan site, the newborn’s name has a very meaningful connection to both of her grandmothers. “Awww Malti is Priyanka’s moms middle name Marie is Nick’s moms middle name,” tweeted @NickJDaily.

Chopra has always showed a fierce love of family, and has credited the amazing women in her life for helping her become the powerhouse she is today. In a recent pictures shared on Instagram, she gave fans a peek into her early years with childhood photos honoring her maternal grandmother, who was a significant influence. “All of 6, celebrating my Nani’s (maternal grandmother) birthday. She helped raise me while my mom and dad balanced studying and medical careers. She was a hugely consistent part of my upbringing. I feel so lucky that I had so many strong maternal figures in my life. I’m so grateful for you all. Miss you always Nani,” she captioned the post.

Luckily Chopra will have many amazing women to turn to when she untangles her long list of new mom questions. While she can always go to sister-in-law and Game of Thrones actress, Sophie Turner, for advice on raising a little girl in the spotlight, it’s pretty awesome to be able to text her longtime friend, Meghan Markle, for tips on all things daughters too.