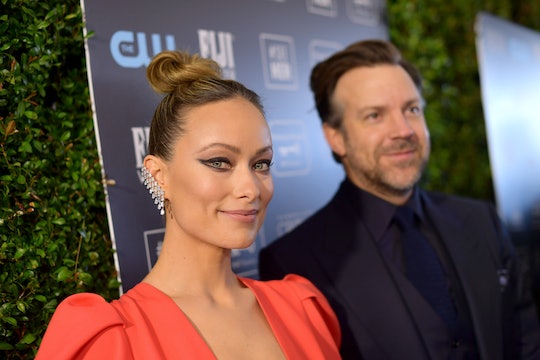 The former couple put up a united front as co-parents.

Ah, the perils of the celebrity nanny. From the Jude Law’s infidelity sitch to rumors of Ben Affleck’s indiscretion, it seems like nannies hired to watch kids in Hollywood become embroiled in many a celeb scandal. So it’s not a complete shock that Olivia Wilde and Jason Sudeikis are the latest famous parents to deal with the unsavory revelations of their one-time employee. While the former couple might not be on the greatest terms as exes, they definitely stood united as co-parents when they released a joint statement shutting down the nanny’s recent claims.

“As parents, it is incredibly upsetting to learn that a former nanny of our two young children would choose to make such false and scurrilous accusations about us publicly,” Wilde and Sudeikis wrote in a joint statement released to CNN. The couple share 6-year-old daughter Daisy and 8-year-old son Otis.

“Her now 18 month long campaign of harassing us, as well as loved ones, close friends and colleagues, has reached its unfortunate apex. We will continue to focus on raising and protecting our children with the sincere hope that she will now choose to leave our family alone,” they continued.

While promoting her latest film Don’t Worry Darling, Wilde sat down for several interviews and opened up about the demise of her relationship with Sudeikis. The Booksmart director was particularly forthcoming about her life as a single mom and the double-standards she faces as a woman going through a public break-up.

The joint statement echoes some of Wilde’s previous comments about the unexpected bright side of the end of her seven-year relationship. In a recent interview, the director told Kelly Clarkson: “It’s allowed for some really deep conversations with my kids about emotions and about happiness and about what family means and love. It’s actually allowed me to get to know them in a different way. My priority is them, as long as they’re happy and they’re healthy; my ex and I agree on that. They are everything to us.”

Wilde’s attitudes as a co-parent and mom are surely a bit less prickly than the way she feels about some of Sudeikis’ more suspect actions — particularly how he served her custody papers while she was presenting onstage at CinemaCon. Though a rep for Sudeikis declined that the actor had anything to do with the timing of it all, Wilde told Variety the incident was “deeply painful.”

But when it comes to what’s best for Daisy and Otis, Wilde has her ex’s back and has put forth a united front to squelch any unbecoming rumors about Sudeikis, and how the couple’s split went down. Kudos to Wilde for taking that high road and for showing the world how bickering exes can still co-parent like champs.