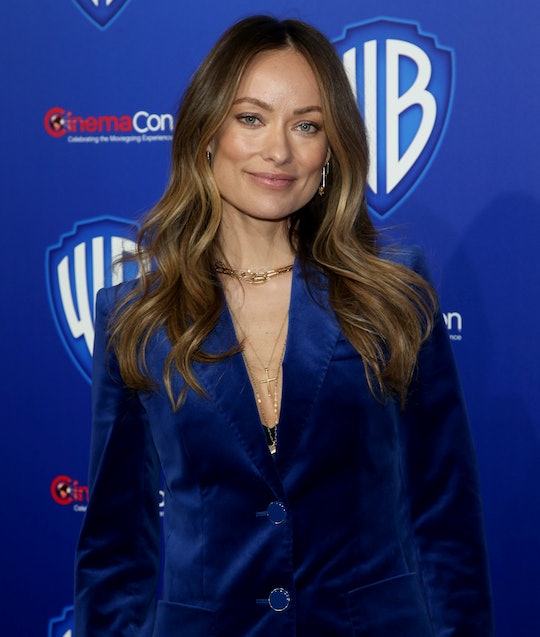 She shares kids Otis and Daisy with ex Jason Sudeikis.

Olivia Wilde has become something of a cool-mom icon. She’s an accomplished actor and talented director, who just happens to be dating a younger man named Harry. In the run-up to the release of her next film, Don’t Worry Darling, she sat down with Variety for a revealing interview and opened up for the first time about an incident last spring in which she was very publicly served with custody papers by representative for her ex, Jason Sudeikis.

The director shares 8-year-old Otis and 6-year-old Daisy with the Ted Lasso star. Since their split, the couple have apparently had a contentious custody arrangement. Last April, while Wilde was giving a speech on stage at CinemaCon in Las Vegas and preparing to show footage of her new film, she was handed a manilla envelope containing custody papers.

While Sudeikis claimed he would never condone serving legal papers in such “an inappropriate manner,” Wilde revealed that she wasn’t so convinced. She called the incident “really upsetting.”

“It shouldn’t have been able to happen,” she said. “There was a huge breach in security, which is really scary. The hurdles that you had to jump through to get into that room with several badges, plus special COVID tests that had to be taken days in advance, which gave you wristbands that were necessary to gain access to the event — this was something that required forethought.”

“In any other workplace, it would be seen as an attack,” said Wolfe.

Though she never named Sudeikis, she did say, “Sadly, it was not something that was entirely surprising to me. I mean, there’s a reason I left that relationship.”

Since that time, a judge has dismissed Sudeikis’ petition to have Otis and Daisy eventually reside with him in New York, ruling that the kids live with Wilde in Los Angeles.

On a lighter note, Wilde opened up about her relationship with her children. When she’s not working, she make breakfast for them, and does school drop off and bedtime. “They are my world,” the Booksmart director shared. “They are my best friends.”

While the actress and activist is clearly an involved parent, she’s also not afraid of keeping it real when it comes to the struggles of motherhood. The House alum once hopped on social media to commiserate with other floundering parents, opening the Twitter floodgates by tweeting: “Anyone else suck at parenting today?”

When it comes to the demise of her seven-year relationship, Wilde was not only surprised by the negative reactions, but by who disappointed her the most. “The most painful element of it has been women shaming me for making a decision that was for my own health and happiness,” she said.

The mother of two is also not here for the double standards at play when it comes to her dating life as a single mom. When out and about with Harry Styles, Wilde has had to contend with a kind of sexist scrutiny that fathers just don’t have to deal with. “When people see me not with my kids, it’s always ‘How dare she,’” Wilde said. “I’ve never seen anyone say that about a guy. And if he is with his kid, he’s a f*#&ing hero.”

No one drops a truth bomb like a mom.