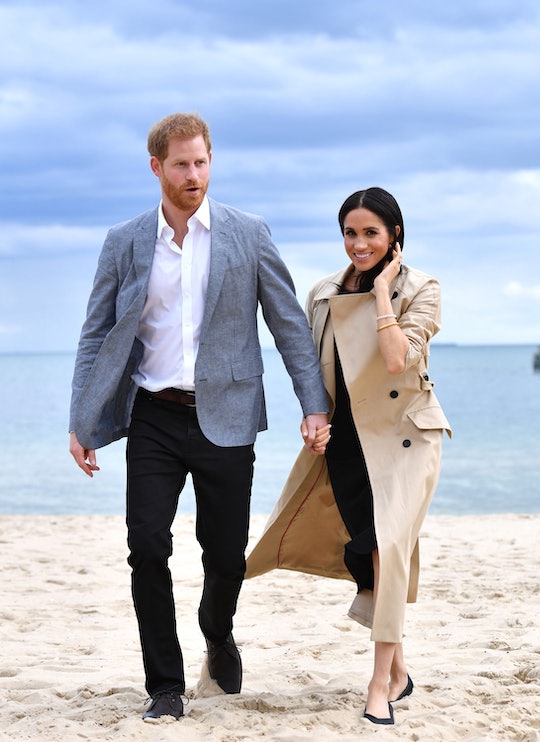 They live in the same neighborhood.

Much has been written about the importance of mom friends over the years, but what about dad friends? Dads like Orlando Bloom and Prince Harry. They need each other for things like, oh I don’t know, sharing parenting tips and funny stories and oh yes, warning each other when the paparazzi are in the neighborhood trying to take pictures of their children. You know, the regular kind of things dads talk about.

On Thursday, the Duke of Sussex sat down for an interview with Dax Shepard on his Armchair Expert podcast to discuss mental health issues, growing up as a person of privilege, and his new life in Montecito, California with wife Meghan Markle and 2-year-old son Archie. That life includes some new neighbors the rest of the world is pretty familiar with like Oprah Winfrey, who recently interviewed the couple about their post-royal lives, as well as fellow famous parents Katy Perry and Bloom, who welcomed daughter Daisy last August.

The Pirates Of The Caribbean actor has bonded with his royal neighbor over their shared concern about paparazzi photos of their kids. "Two days ago Orlando Bloom sent me a message, because he is just down the road and we sort of keep in contact because of the paparazzi,” Prince Harry told Shepard, “He sent me a photograph which his security got of this long-haired guy with a beanie on, ear pods on with his massive camera lying in the back of his 4x4 truck, blacked out windows. A woman driving who did the peace sign sitting there as a distraction and he is laid down in the back of this truck taking photographs of them out with their kid.”

So you know, just the regular sort of thing dads text each other about.

The two dads have both made their kids’ privacy a top priority over the years. As a dad of two including his 10-year-old son Flynn with ex-wife Miranda Kerr, he has struggled with shielding his kids from the paparazzi. He does not share photos of their faces on social media, so it stands to reason that he would not want the paparazzi to share their photos either. Much like Prince Harry.

He told Shepard that paparazzi took photos of his son Archie on his first day of nursery school, calling the scene in LA as “rabid feeding frenzy” before saying that kids “don’t get a choice” whether or not they want to have their photos shared. To that end, he and Markle sued a photographer who took photos of their son when they were staying at Tyler Perry’s home last year for breach of privacy, and won.

Now that Prince Harry has a fellow protective dad in his neighborhood like Bloom, the two men can watch out for each other’s kids. And maybe have a cute little barbecue one of these days, how great would that be?