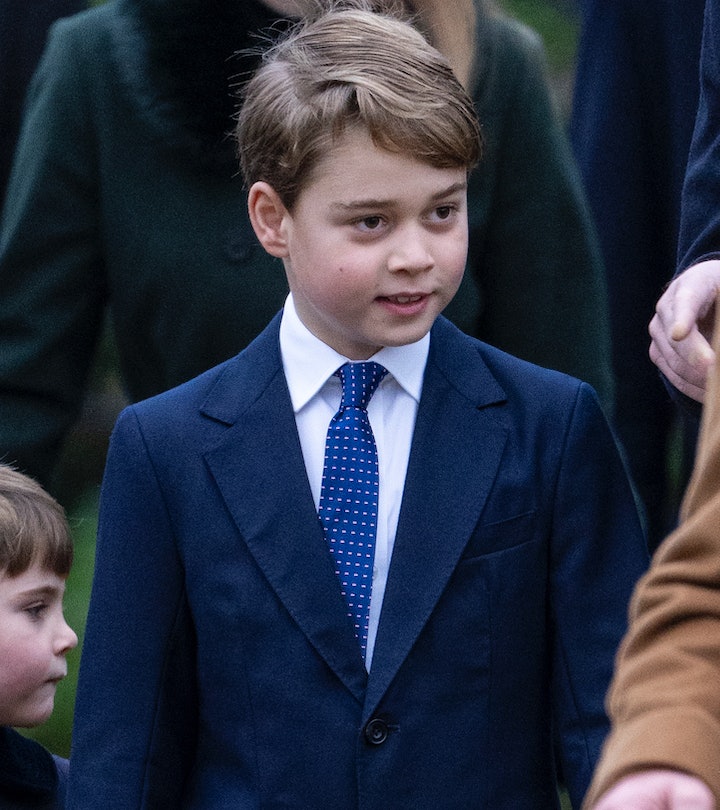 Turns out the eldest royal kid is also royally talented!

Ho ho ho from the royal family. Prince William and Kate Middleton have really gotten into the holiday spirit this Christmas, and of course they celebrated with their children too. The Prince and Princess of Wales released a very casual 2022 holiday card, Middleton hosted her annual star-studded Christmas carol service, and all three royal kids participated in caroling and a holiday performance at their new school this year. But just when you thought all of the festivities might have been over, the royal couple treated everyone to one last holiday treat when they shared an adorable reindeer painting made by a very talented Prince George.

The Prince and Princess of Wales took to their official Twitter account based at Kensington Palace to show off just how impressive their 9-year-old is with a paint brush in hand. The couple shared Prince George’s Christmas painting of a reindeer with some amazing details. Set against a dark blue sky with snowflakes falling down, the prince’s life-like reindeer even had a sweet little pile of snow on the tip of his nose and some cute little red birds resting on the animal’s antler and back.

“Happy Christmas!” the proud parents tweeted along with an easel emoji and some credit for the budding artist.

But of course because this is social media, where everyone is bothered and has an opinion, others questioned the originality of Prince George’s design by pointing to a similar stock holiday card of a stag also cavorting with some birdie buddies. “I wish these people would be honest and stated this was a copy/inspiration from this card,” tweeted @Daisy1158 with a bit of bah humbug.

Even if little George did borrow a little inspiration from an existing picture, we’re still pretty dazzled by his ability to recreate the piece. Let’s remember, we are talking about a boy who hasn’t even hit double digits yet! Plus, everyone knows that imitation is the highest form of flattery and all artists start off by practicing their craft and trying their hand at creating the works of others.

With so much chatter about “Nepo Babies” these days, it’s not surprising that this isn’t even the first time some doubters have chimed in about a little kid’s painting. When reality TV royalty Kim Kardashian shared North’s artwork on social media, some grumpy adults came for her too. “DON’T PLAY WITH ME WHEN IT COMES TO MY CHILDREN!!!,” began Kardashian’s social media message to set the record straight and call out some haters.

If Middleton is looking to channel some hardcore mama bear energy to combat those trolls who are skeptical of Prince George, she should definitely consider copy/pasting Kardashian’s clapback too.