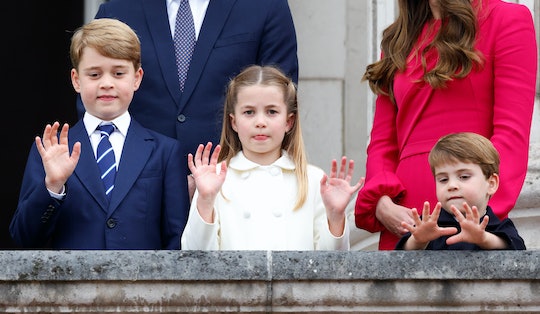 They’ll learn how to scuba dive and also make podcasts!

There are big changes for the Cambridge kids coming down the pike. Not only are they moving to a new home, Adelaide Cottage, to be closer to Queen Elizabeth at Windsor Castle. They’re also heading off to school together for the first time. A new school. Fortunately this sounds like the most amazing school on the face of the earth with shockingly fun extra-curricular activities.

Lambrook has a history of royal students.

The tradition of royals being taught at Lambrook goes all the way back to the days of Queen Victoria, who used to visit the school to watch her grandsons, Prince Christian Victor and Prince Albert of Schleswig-Holstein, play in cricket matches in the late 19th century. So the Cambridge kids should feel right at home.

It’s not going to be cheap, guys.

According to the Daily Mail, Lambrook School costs £21,000 per year, which converts to around $75,000 for three kids every year. That’s a whole lot of royal coin for a school parents describe to the Daily Mail as “a sweet, laidback affair,” but a glimpse through the programs offered might explain the hefty price tag.

Someone has to pay for those scuba lessons.

The 52-acre Lambrook School offers a healthy menu of extra-curricular activities including “Enrichment Afternoon” on Mondays. This is when students can try their hand at a whole host of activities like:

To name just a few. Maybe they can all join their parents on their next scuba diving outing.

The royal kids could board at Lambrook.

Prince William went to boarding school at Ludgrove Academy when he was the same age as Prince George, and certainly Lambrook offers flexible boarding options that sound like a fun camp getaway. “In the summer months at Lambrook, swimming, cricket, golf and other outdoor games are played by all our boarders well into the evening. In the winter, indoor ball games, cooking and baking, movie nights, bonfire evenings and other such activities ensure that there is never a dull moment,” the school website explains. However, none of the royal kids are expected to board at their new school. They will remain day students.

Lambrook’s field trips are not your run-of-the-mill “let’s all go to the museum” type. Instead, kids can travel to Sweden, Italy, France, Iceland, South Africa... the sky is, apparently, the limit.

Prince George and Princess Charlotte can continue their favorite pursuits.

While it’s always difficult to head off to a new school and make new friends, Prince George and Princess Charlotte will be glad to know they can still take part in some of their favorite past-times. Acting, ballet, and tennis are some other activities offered at Lambrook.

They can keep chickens, too.

Kate Middleton has always made sure her kids enjoy nature and the outdoors, even going so far as to give them chores at their country home of Anmer Hall. The children keep chickens and other farm animals, and it looks like they’ll have the chance to show off their farming skills at Lambrook as well.