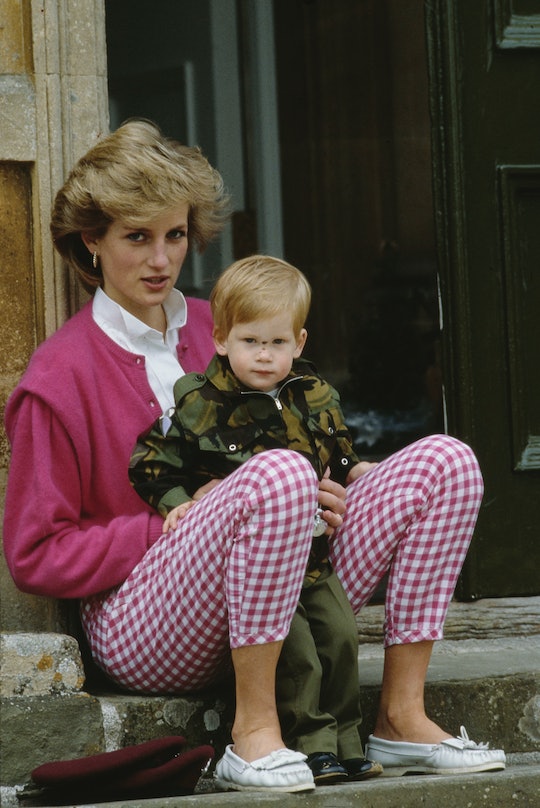 “My mum certainly made most of her decisions, if not all of them, from her heart. And I am my mother's son.”

Prince Harry has always been a proud mama’s boy. There are countless times he has opened up about how much he cherishes Princess Diana and the memories of his beloved mother. In Netflix’s new bombshell docuseries Harry & Meghan, the Duke of Sussex shared even more about the ways in which he is just like his mom. Prince Harry revealed that not only does he take after his mother’s tendency to follow her heart, he also credits her for his signature cheekiness.

In the first episode of the highly-anticipated limited release, Prince Harry proved himself to be quite the romantic (who could not resist his future wife’s cute Snapchat filter). But he also peeled back the curtain on the expectations put upon royals when it comes to finding love, and how he chose to follow in his mother’s footsteps when it comes to matters of the heart.

“I think for so many people in the family, especially obviously the men, there could be a temptation or an urge to marry someone who would fit the mold as opposed to somebody who perhaps are destined to be with. The difference between making a decision with your head or your heart. And my mum certainly made most of her decisions, if not all of them, from her heart,” said Prince Harry. “And I am my mother's son.”

After this revelation, the camera cut to Sept. 15, 1984 — a joyous day in the U.K. when it was announced that Princess Diana gave birth to her second son Harry and more than 200 people waited outside St. Mary’s hospital. “Forty two hours old and already driving the ladies wild,” said a newscaster over video footage at the time. “Prince Harry made his first public appearance wearing a conservative white blanket.”

As intimate images of Diana holding her second son flickered across the screen, Prince Harry explained how his mother also influenced his famously playful personality. “I don’t have many early memories of my mum. It was almost like, internally, I sort of blocked them out,” he said. “But I alway remember her laugh. Her cheeky laugh. I always say ‘You can get in trouble, but don’t get caught.’ And I’ll always be that cheeky person inside.”

The camera pans to a memorable photograph of Harry as a young boy, when he carried a Thomas the Train bag and made his own binoculars out of cardboard “determined to beat the press at their own game.”

Of course this isn’t the first time the Duke of Sussex has spoken about the parallels between himself and his iconic mother. “I know I’ve got a lot of my mother in me. I am doing a lot of things that she would probably do,” he told People in 2016.

Since being a parent was so important to Princess Diana, Harry has honored her legacy by also being an involved father committed to sharing memories of his mother with his daughter and son. Already it seems like the family legacy of cheekiness has been passed down to Archie. We can’t wait to find out all the interesting ways that Lilibet takes after her rebellious father and her unforgettable late grandmother too.