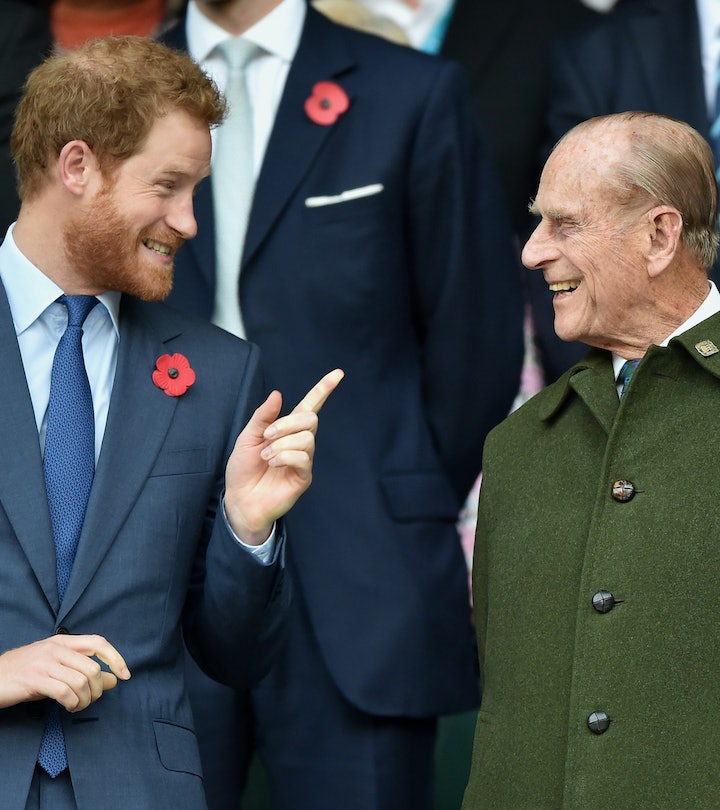 He is staying at Frogmore Cottage.

As the world prepares to say goodbye to the Duke of Edinburgh, who died at home at the age of 99 years old, his grandson Prince Harry is honoring Prince Philip in so many lovely, thoughtful ways, including a return to the country of his birth to be there for his grandfather’s funeral.

More Like This
Meghan Markle & Prince Harry Celebrated Archie’s 2nd Birthday With A Sweet New Photo
Kate Middleton & Prince William Just Shared The Most Adorable Video With Their Kids
Meghan Markle Spoke About Her Daughter During Her Latest TV Appearance
“He Is Hysterical”: 12 Of Meghan & Harry’s Cutest Quotes About Archie

While Meghan Markle was unable to make the journey to England for Prince Philip’s funeral due to her pregnancy, Prince Harry is expected to play a role in laying his grandfather to rest. In fact, he and his brother Prince William are reportedly going to walk together behind their grandfather’s casket as part of the funeral procession, per The Daily Mail. A symbolic moment for the two brothers, who might remember a similar walk behind their mother Princess Diana’s casket after her death in 1997. At that time, the two men were just 15 and 12 year old boys who, as per The Sun, were understandably hesitant about such a difficult walk.

It was Prince Philip’s promise to walk with them that reportedly gave his grandsons the courage to do it.

All these years later, they are paying tribute to their grandfather by walking with him again.

Prince Harry also paid tribute to his grandfather before returning to the U.K. with an emotional, beautiful message on his Archewell website, where he wrote about his grandfather’s “seriously sharp wit” as well as his own personal relationship with “my grandpa: master of the barbecue, legend of banter, and cheeky right ‘til the end.”

Despite the departure of the Duke and Duchess of Sussex from their senior royal roles, their move to California, and of course, their recent interview with Oprah Winfrey, Prince Harry seems to have stayed close to his grandfather until the very end. In an interview with James Corden in February, Prince Harry talked about Zoom chats with his grandparents where Prince Philip would hilariously end the call by closing his laptop and walking away. In March he told Winfrey that he talks more with his grandmother more in the past year than he has in many years.

At the end of the day, the royal family is just that. A family. And the loss of one of their members will bring them all together.