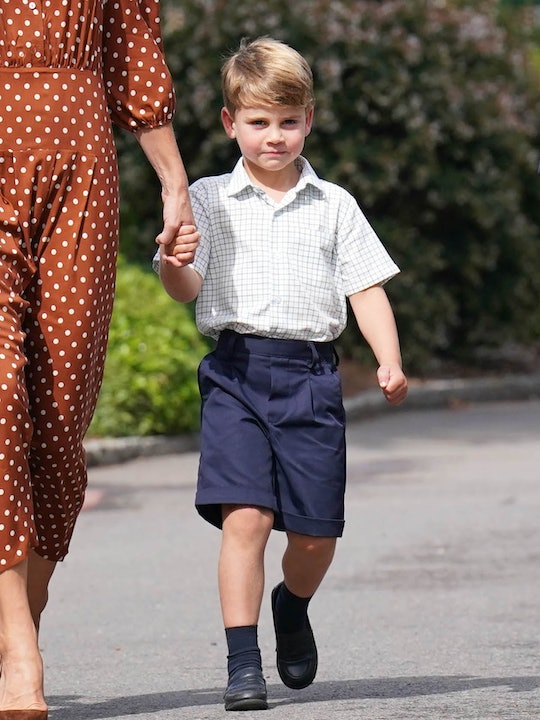 The young royal wants to know if he can still play games at Balmoral.

At just 4 years old, little Prince Louis has already had to deal with death in a pretty big way. First the death of his great-grandfather Prince Philip in April 2021, and now the passing of Queen Elizabeth. It’s a lot for a little boy to understand, and apparently he has lots of questions about it. He reportedly asked his mom, Kate Middleton, if he would still be allowed to play games when he visits Balmoral Castle in Scotland, the summer home of the Queen where she died on Sept. 8, now that she’s not there anymore.

The Princess of Wales reportedly spoke to Australia's Governor General David Hurley during a lunch for Commonwealth Governor Generals ahead of Queen Elizabeth’s state funeral on Monday, and conversation turned to her youngest child. She told Hurley that Prince Louis has been asking a lot of questions about the death of his great-grandmother, according to The Mirror, and one question in particular will tug at your heartstrings.

“The younger one is now asking questions like, 'do you think we can still play these games when we go to Balmoral and things like that, cause she's not going to be there?’” Hurley recalled that Middleton told him about Prince Louis.

Prince Louis did not join his 9-year-old brother Prince George and 7-year-old sister Princess Charlotte at Queen Elizabeth’s funeral on Monday, but he has clearly been thinking a lot about her passing. While greeting well-wishers with the Prince of Wales and the Duke and Duchess of Sussex outside Buckingham Palace, Kate Middleton told royal fans that her youngest had been comforting her about the Queen’s death. “My little Louis is just so sweet,” the Princess of Wales said at the time. “He said, ‘Mummy don’t worry, because she is now with great grandpa.’”

It’s such a poignant reminder that Queen Elizabeth will be missed as more than a monarch, a sovereign, Her Majesty. She will be missed as a beloved great-grandmother, a woman who obviously let her family play games and have fun at her summer home in the highlands of Scotland. May those games continue.