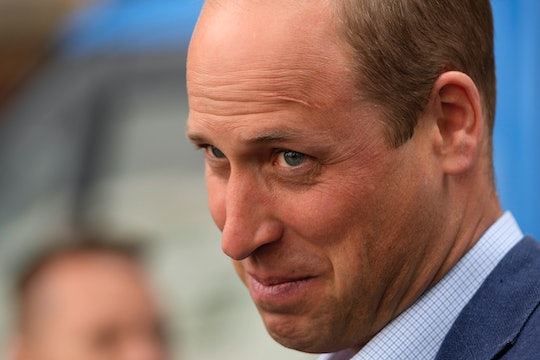 Prince William Was Told To “Netflix & Chill” & He Did Not Object

What will he watch??

If Prince William is looking for something to keep him busy this weekend, he has a new hobby he can consider. It’s a little thing called “Netflix and chill,” and he might have just learned this international past-time exists.

The Prince of Wales was in attendance at the Film Africa biennial festival at the Garden Cineman in London this week to meet “filmmakers and students highlighting world leading creativity,” according to his official social media account. While there he met filmmaker Mo Abudu, whose recent film The King’s Horseman is streaming on Netflix. And their conversation turned to the streaming service almost immediately.

“He said he hasn't watched a lot of African films but that he would like to and that he's going to watch The King's Horseman.” Abudu told OK! magazine. “I said you must ‘Netflix and chill’ and he nodded. I'm excited that I've been able to tell the prince about my film today.”

So now Prince William has been switched on to the concept of Netflix and chilling, how his world is about to change.

This isn’t the first time Prince William has been informed of a cultural reference the rest of us all take for granted. Last Christmas, the father of three was given the 411 on a little something called Elf on the Shelf. The Prince of Wales, who is dad to 9-year-old Prince George, 7-year-old Princess Charlotte, and 4-year-old Prince Louis, told young patients at the Royal Marsden Hospital last year that he didn’t know what an Elf on the Shelf was during a Q&A for the holidays. Which is too bad when you think of how many amazing hiding places could be utilized in the palace.

As for Netflix, of course Prince William knows a thing or two about the streaming service. His brother Prince Harry signed a multimillion dollar deal with Netflix in 2020 to produce content, and of course there is an entire series based on his family history about to enter its fifth season. A little series called The Crown, you may have heard of it. Certainly Prince William has heard of it, as has the rest of the royal family.

Not that Prince William will be streaming The Crown, of course. But just the idea that he and wife Kate Middleton unwind at the end of a long day of being royals to curl up on the couch, to Netflix and chill together, warms the cockles of the heart, does it not?