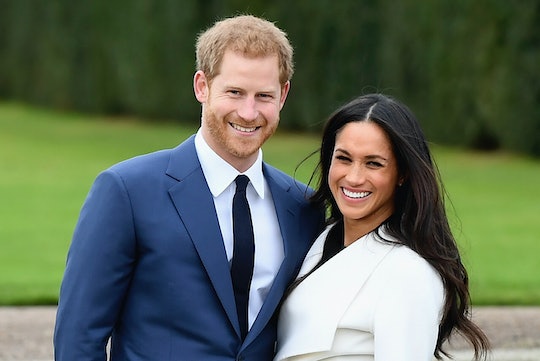 Thanks to a massive, multiyear, and newly inked deal, Meghan Markle and Prince Harry will be creating Netflix content that promises to be "inspirational" for the whole family. That's right, Archie's parents will be behind a slew of new documentaries, movies, children's shows, and more heading to Netflix in the near future.

"As new parents, making inspirational family programming is also important to us, as is powerful storytelling through a truthful and relatable lens," the Duke and Duchess of Sussex, who recently bought a new home in California, told People in a statement released on Wednesday.

As part of Markle and Prince Harry's deal with Netflix, as Variety reported, the couple will be creating "documentaries, feature films, scripted television shows and children’s series." This content will also "highlight diverse voices in front of and behind the camera," according to Variety, and the Duke and Duchess of Sussex themselves may even appear on camera in some of their documentary programming, as The New York Times reported.

"Our lives, both independent of each other, and as a couple have allowed us to understand the power of the human spirit: of courage, resilience, and the need for connection," the couple's statement to People reads. "Through our work with diverse communities and their environments, to shining a light on people and causes around the world, our focus will be on creating content that informs but also gives hope."

This deal further solidifies Markle's return to the entertainment industry. Before officially entering the royal family when she married Prince Harry in May 2018 and then stepping away from her senior royal role earlier this year, as did her husband, Markle had a thriving acting career and was perhaps best known for her role as Rachel Zane on the USA drama, Suits. Markle also grew up in the entertainment industry; her father, Thomas Markle Sr. was a television lighting director who worked in Hollywood for years, according to Town & Country.

It's clear that Markle's passion for this industry is strong, but as Prince Harry recently said, 15-month-old Archie is their number one priority. "Our little man is our number one priority, but then our work after that is our second priority," Prince Harry said during a recent video chat, with the Rugby League. "And we're just doing everything we can to try and play our part in trying to make the world a better place."

This actually isn't the first time the couple has delved into the entertainment industry since stepping down from their senior royals roles in January. Just recently, in fact, Prince Harry appeared in the newly released Netflix documentary about the Paralympic Games, Rising Phoenix. And as for Markle, she narrated the Disney+ nature documentary, Elephants.

Although Netflix has not yet announced any specific titles or projects they've taken on, if the Duke and Duchess of Sussex's past work is any indication, they'll certainly deliver on that "inspirational family programming" promise.