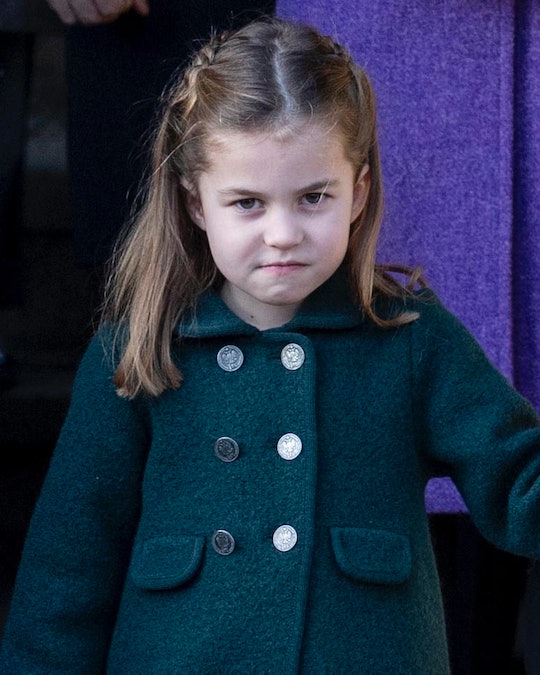 When it came time for the Duke and Duchess of Cambridge to buy Christmas presents for their kids, they clearly shopped with an eye to their individual personalities. Perhaps especially when it came to finding something for their 6-year-old daughter. It seems that Princess Charlotte’s creative side inspired her 20201 Christmas present.

The Cambridge family spent the holidays at their country home of Anmer Hall in Norfolk County. While they were initially expected to spend Christmas with Queen Elizabeth at Sandringham, the new highly transmissible Omicron variant saw a change in plans. This meant the Cambridge kids woke up to presents at home, and it sounds like they all got some pretty cool stuff tailored to their little personalities. Princess Charlotte reportedly received a children’s video camera for Christmas, a source told Us Weekly, and considering her mom Kate Middleton is a talented photographer, it appears the creative young princess is following in her mom’s footsteps.

Maybe Princess Charlotte has decided it’s time for her to be the one calling the shots behind the camera; after all, Middleton did admit in June that her children have often said to her “Mummy, please stop taking photographs.”

Princess Charlotte got a video camera for Christmas.

Princess Charlotte already seems like a creative little free spirit, with her love of dancing and music confirmed several times by proud dad Prince William. Now perhaps she can add “family documentarian” to her list of accomplishments with her new video camera.

She may have even started on Christmas Day, you never know. The Cambridge family Christmas certainly sounds picturesque enough to film. After opening gifts in the morning, the family (including Prince Louis for the first time) went to St. Mary Magdalene Church as is the royal tradition, according to People. Afterwards, Middleton reportedly made dinner for the family, and “the children helped Kate bake a chocolate Christmas log and apple pie for dessert, but the highlight was making a gingerbread house, covered in their favorite sweets,” the source told Us Weekly.

I guess we can add baking to another of Princess Charlotte’s creative pursuits.