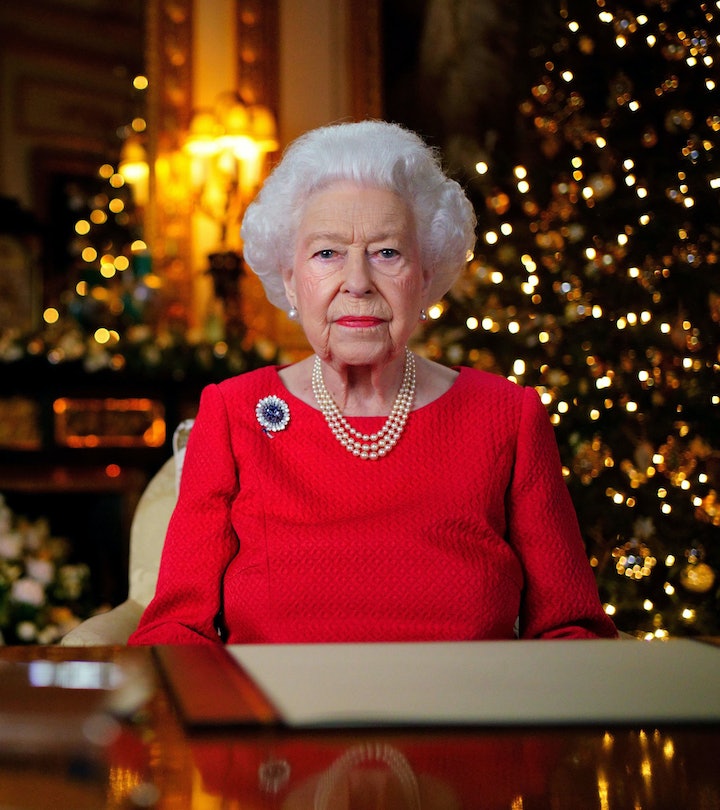 “For me and my family, even with one familiar laugh missing this year, there will be joy in Christmas.”≠

Queen Elizabeth II spoke candidly about experiencing grief over the holidays in an emotional Christmas Day message delivered some eight months after the death of her husband Prince Philip. But while the queen noted there was “one familiar laugh missing” at her Christmas celebration, she noted she had managed to still find joy in the holiday thanks to her great-grandchildren, four of whom were born this year.

“For me and my family, even with one familiar laugh missing this year, there will be joy in Christmas as we have a chance to reminisce and see anew the wonder of the festive season through the eyes of our young children of whom we were delighted to welcome four more this year,” the queen said, referencing the four great-grandchildren she welcomed earlier in the year. “They teach us all a lesson, just as the Christmas story does — that in the birth of a child there is a new dawn with endless potential.”

The royal family added four new members to its ranks this past year as a number of the queen’s grandchildren welcomed children of their own. In February, Princess Eugenie and husband Jack Brooksbank welcomed a son, whom they named August Philip Hawke Brooksbank in tribute to Eugenie’s grandfather Prince Philip. Then in March, Zara Tindall and her husband Mike welcomed their third child, with Mike revealing Zara unexpectedly gave birth at home after her labor progressed too quickly for them to have made it to the hospital on time. The couple named their son Lucas Philip Tindall, with his middle name serving as a tribute to Prince Philip.

In June, Prince Harry and Meghan Markle welcomed their second child together. The couple named their daughter Lilibet 'Lili' Diana Mountbatten-Windsor in tribute to both Princess Diana and Queen Elizabeth II, who was often called Lilibet by Prince Philip. A few months later, Princess Beatrice welcomed her first child with husband Edoardo Mapelli Mozzi in September. The couple later revealed they had named their daughter Sienna Elizabeth Mapelli Mozzi.

Despite the added joy her new great-grandchildren brought, Queen Elizabeth II noted the absence of Prince Philip, who passed away at the age of 99 on April 9, was keenly felt. “Although it is a time of great happiness and good cheer from many, Christmas can be hard for those who have lost loved ones,” she said. “This year especially I understand why.”

The queen referenced her late husband throughout her speech, touching on his many qualities and environmental philanthropy. “His sense of service, intellectual curiosity, and capacity to squeeze fun out of any situation were all irrepressible,” she said of Prince Philip. “That mischievous inquiring twinkle was as bright at the end as when I first set eyes on him.”

“But life, of course, consists of final partings as well as first meetings,” the queen continued. “And as much as I and my family miss him, I know he would want us to enjoy Christmas.”